Hubs requested Mexican for his birthday–which means home burrito bar.  Which means, obviously flour tortillas, which are a no no.  I had tried this recipe for tortillas from Gluten Free Cooking School, which had a lovely flavor but kind of tore apart on me, and required a LOT more rice flour than I liked to actually roll out.  Since then, I made the discovery of tortilla presses (thank you Food Network and Guy Fieri for giving me the idea).  I promptly ordered one for this dinner.  I did a bit more research and came across this recipe from I Am Gluten Free, which actually used some olive oil (GFCS did not) and decided to try it.  The flavor was marvelous but they were not at all pliable.  We saved them to use for quesedillas or as a nice flat bread (it would be great with hummus).  But I didn’t give up!  I decided to take aspects of BOTH recipes and come up with MY OWN.  The end result was pliable.  Not nearly so much as a regular flour tortilla, but functional and good flavor.  They HAVE to be used either immediately or reheated between moist paper towels to regain some pliability. 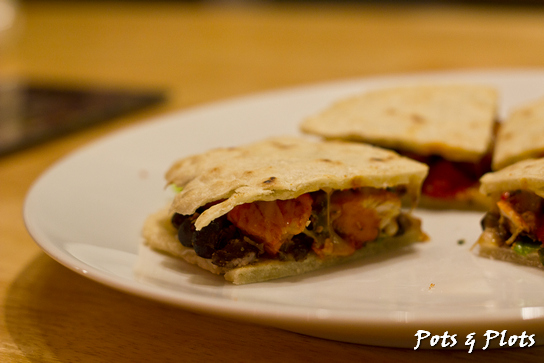