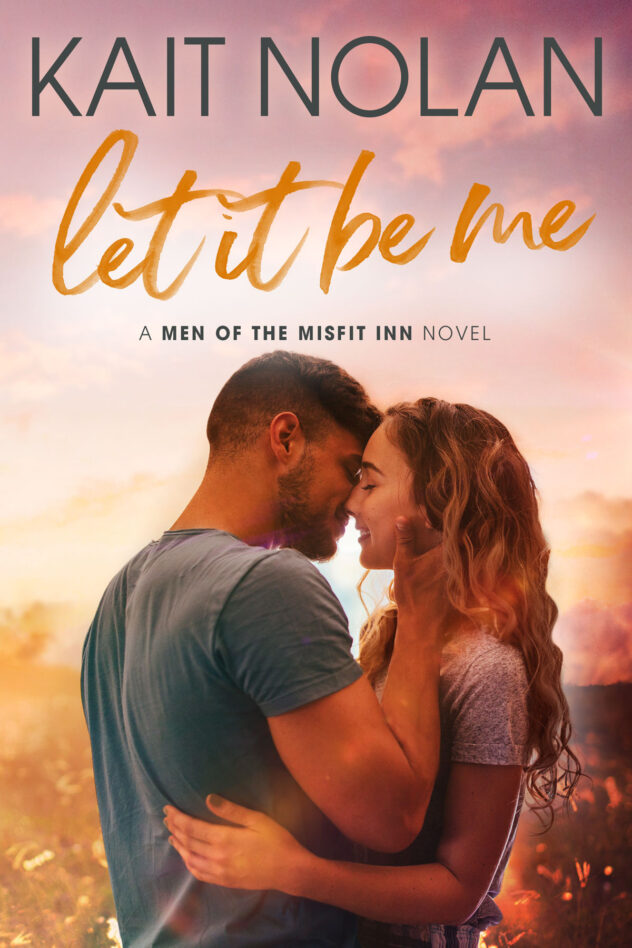 That was all it took for lives to be changed. Lives to be lost.

Caleb Romero knew that better than many. Had lived through that knife’s edge when others had not. So he knew, before he even fully registered the truck barreling through the red light, before he heard the crash and shriek of metal, that someone else’s life was over.

He slammed on his brakes, skidding a little on the rain-slicked pavement as he yanked his truck to the shoulder of the road. His mind was already assessing the scene as he leapt out, raced over. Other vehicles were stopping. Someone else would dial 911. He needed to check for survivors, start stabilization if he could.

The truck was flipped on its side, front end accordioned where it had struck the little sedan. The car… Jesus God. It was upside down, the driver’s side entirely caved in. He didn’t need to see past the blood on the shattered window to know the driver was likely a lost cause.

The tremulous voice had his blood running cold.

His mind tried to throw him back to high school. Back to his own trauma. Caleb blanked it out, focusing instead on the here and now and the life still to be saved. He raced around to the passenger side, hunkering low to see through what remained of the window.

The girl hung upside down from the seatbelt, her blonde hair brushing the collapsed roof of the car. She reached out toward the woman dangling beside her in the driver’s seat.

It was more than evident, now that he could see, that her mother was beyond help. But now wasn’t the time to bring that point home to the kid.

“More help is on the way.” The distant wail of a siren underscored the point. “I need you to focus on me just now. Can you move? Are you hurt?”

The girl turned her head to look at him. Stiffly but with what appeared to be more or less full range of motion. “I don’t…I…”

“Take it slow. Can you wiggle your fingers and toes?”

Good sign. “Are you having any severe pain anywhere?”

She was definitely in shock, so no guarantees, but she didn’t show any obvious signs of spinal injury. “Okay. We’re gonna get you out of there.”

Stripping off his jacket, Caleb used it to break out the last of the window, clearing a space. He didn’t even ask if she could unbuckle the belt, just pulled out his pocket knife and carefully sliced through it, managing to catch her before she crashed to the ceiling of the car.

“I’ve gotcha.” Carefully, he eased her out, not taking a full breath until her legs cleared the wreckage. His mind ran through triage. No signs of massive bleeding or breaks. But there could still be internal bleeding.

The soft question stopped Caleb’s assessment. He met the girl’s shattered eyes, read the horror of knowledge, and swallowed as he felt the long ago echoes of his own. “I’m so sorry.”

As sirens shrieked and emergency personnel began to swarm the scene, the girl slumped against him and wept.

She was the only survivor.

Because he knew what it was to be alone and terrified, Caleb had come with her to the hospital, done what needed doing. As a firefighter, he was a first responder and the emergency staff at this hospital knew him, so nobody kicked up a fuss.

By now, the tears had stopped, replaced by the glassy-eyed anesthesia of shock. After what she’d been through, that was a blessing, one that would end far too soon.

As Dr. Chahal performed the exam, the girl—Fiona—offered monosyllabic answers. Caleb wasn’t sure she really heard anything the kind-eyed doctor said. He could feel the tremors wracking her slim frame through the hand gripping his like a vise. He remembered all too clearly how fear and grief pooled just below the surface, waiting to rise and strike. How, when the bubble burst, they’d all but torn him apart when he’d been barely older than she was.

Fiona Gaffney would have a hard, hard road. She’d need solid support. Caleb wondered if the godmother she’d had him call would be that for her.

In the end, Liya Chahal sat back, addressing him, though she kept her dark eyes on Fiona. “She’s banged up, has some bruises and cuts from flying glass. But all in all, she’s physically remarkably unharmed.”

That was something, at least.

“Will she be cleared to leave?”

They both knew there’d be legal paperwork to hash out in terms of who the girl would be allowed to leave with. Who knew how long that would take?

A nurse knocked on the door before slipping inside. “There’s someone at the front desk pitching a fit to get back here for Miss Gaffney. An Emerson Aldridge?”

The hand holding Caleb’s tightened as Fiona jolted upright. “Auntie Em?” She started to scramble off the bed.

“Hold it.” Gently, Caleb pressed her back. “You stay put.”

“I’ll bring her to you.” There were things he needed to tell the woman before she got back here. Things he hadn’t felt comfortable getting into over the phone with a traumatized fourteen-year-old listening in.

Caleb squeezed, hoping she found the touch reassuring. “We’ll be right back. I promise.”

“I’ll stay,” the nurse offered. The entire emergency department already knew what they were dealing with here. News traveled fast.

After a long moment, Fiona’s grip loosened, and Caleb slipped out of the room. On the way through the familiar labyrinth of hallways, he braced himself for what was coming. It didn’t matter how many times he’d had to do it, these notifications never got any easier.

A water-logged woman stood at the triage desk, her hands white-knuckling the edge as she clearly struggled not to scream at the nurse on duty. “I was told she’s here. I need to see her.”

“How many times do I have to tell you? Her father is not involved. I’m her godmother. I am the next closest thing to family.”

The woman whipped her head around at the sound of Caleb’s voice. The carefully rehearsed words bled out of his brain as panicked blue eyes met his. The relative chaos of the waiting room faded away as he fell into those eyes, soaking up the sense of recognition, even though he knew he’d never seen her before.

Startled by his own thought, he snapped out of his stupor and closed the distance and nodded to the nurse. “I’ve got this, Janette.”

“I’ll take you to her. C’mon.” He gestured toward the double doors, and she hustled toward them. “I’m Caleb Romero—the one who called you. You need to know right off that Fiona is okay. Minor injuries.” It was the only comfort he’d be able to offer her tonight.

A little of the terror etched on her face faded as they pushed through the doors. But Emerson was sharp. “Could you not reach her mother?”

This was the part he hadn’t wanted to tell her over the phone. Navigating her into one of the empty rooms off to the side, he shut the door. Emerson didn’t move toward any of the chairs. Her whole body drew taut, and he recognized that, deep down, she already knew what was coming.

Tunneling a hand through his hair, Caleb sighed. “Fiona’s mother was in the car. She didn’t make it.”

Like a puppet with suddenly cut strings, Emerson collapsed. It was instinct to catch her, to pull her against his body, as if he could somehow offer protection from the truth. She sucked in a ragged breath, and he waited for the scream of rage and pain. But she didn’t make a sound as she wilted into him, her hands curled to ineffectual fists against his chest. Her silent, potent grief swamped them both for long minutes. Caleb felt a little like a voyeur. He didn’t know this woman. But he knew this pain. So he held her, until she found the strength to stand again.

“You were there?” The question rasped out, as if her vocal cords had been torched.

“I saw it happen. I pulled Fiona out. There wasn’t—” He stopped himself. The driver’s side of the car had taken the brunt of the impact. She didn’t need that horror in her head. “Her mom was already gone.”

Emerson closed her eyes, absorbing that. Maybe she’d take comfort in the fact that death had been all but instant.

“Thank you for saving Fi.” Her throat worked as she swallowed. “Does she know?”

She visibly armored up, pulling herself together for the sake of the child in a way that impressed the hell out of him. As she straightened, she seemed to register she was still pressed against him. A faint tinge of embarrassment brought color back to her pale cheeks.

Caleb forced himself to drop his arms and step back. “Are you up to seeing her now?”

She sucked in a breath and squared her shoulders. “Take me to her.”

The moment they stepped through the door to the room, Fiona broke. Emerson didn’t hesitate, edging onto the bed and pulling the girl tight into her arms as she sobbed, even as tears tracked down her own cheeks.

Eventually, the unintelligible cries turned into words. “I don’t want to go to my grandparents. You know what they’re like.”

Emerson’s face went fierce. “Not a chance in hell, baby. Your…” She swallowed. “Your mom made provisions. You’re with me.”

Everything in her posture and expression said she’d go to war for this kid.

Some tension in Caleb released. They had a long road to go, but he had a feeling these two would be just fine.

Grab your copy of Let It Be Me today!