Am I a new to you author?  I totally get it.  You don’t wanna make the investment in somebody new without knowing if you’re gonna like them.  The good news?  You don’t have to!  I’ve got several permafree titles (and a rotating selection of other freebies from time to time) that you can try at no risk to you.  Just click on the individual book to find the links to your ebook retailer of choice. 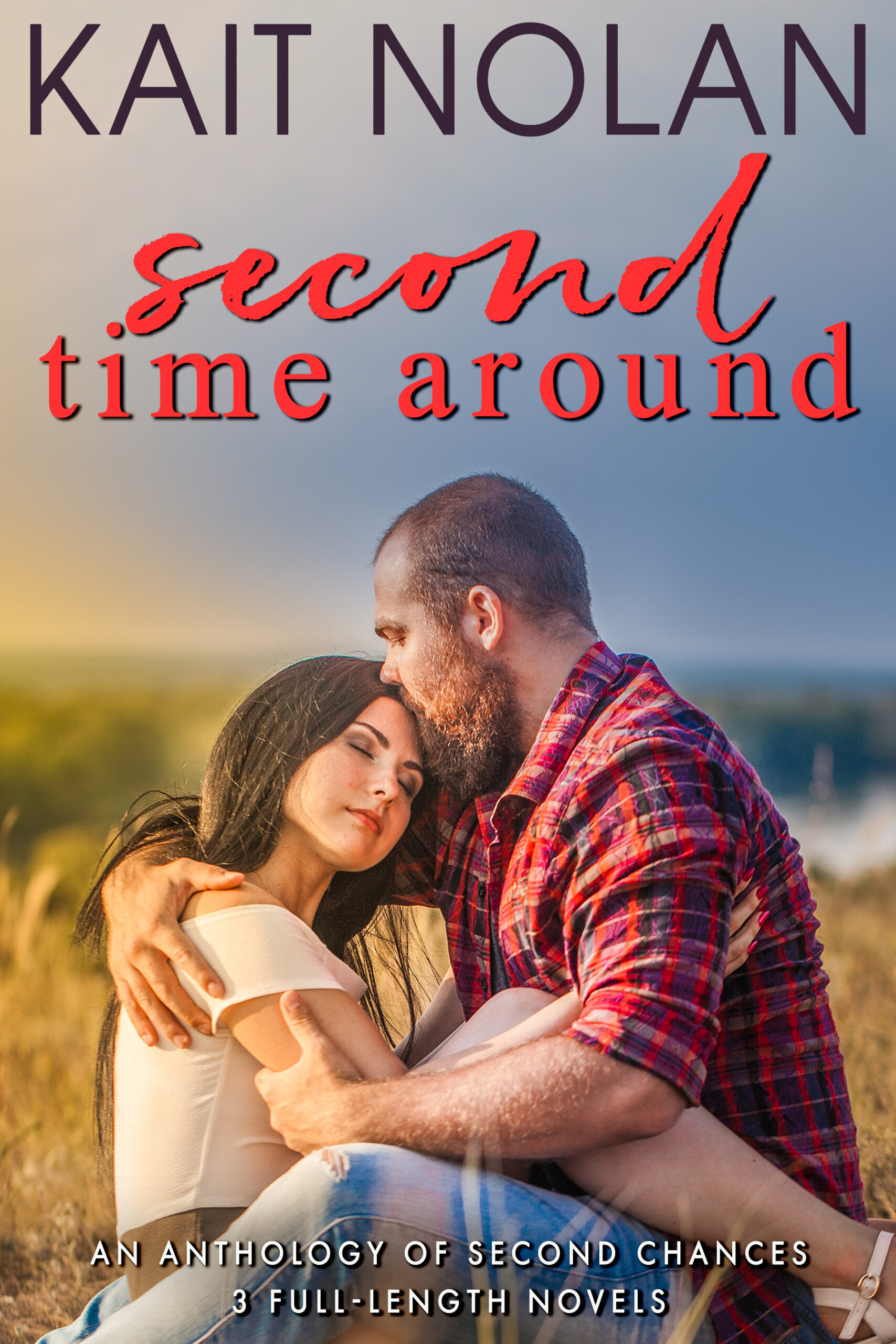 Settle in for a major binge read of this collection of second chance romances!
MADE FOR LOVING YOU
When Paisley becomes the target of malicious harassment, the police have no suspects, no leads, no way to make her feel safe. As her stalker escalates, she turns to the one guy she knows can protect her. Ty’s determined to put a stop to the harassment, even if it means moving in with the woman who’s so much more than the girl he used to love. He just has to remember to guard his own heart in the process.
WHEN YOU GOT A GOOD THING
She thought she could never go home again.  Kennedy Reynolds has spent the past decade traveling the world as a free spirit.  She never looks back at the past, the place, or the love she left behind—until her mother’s unexpected death forces her home to Eden’s Ridge, TN.  Will Kennedy be able to bury the past, or will the secret that sent her running destroy her second chance?
YOU WERE MEANT FOR ME
It was just supposed to be a fling, so they agreed to no last names—a decision Mitch regretted the moment he woke up to find Tess gone. When Fate gives them another chance, they dive headlong back into their affair to find out whether there’s more than simply heat. But when Tess ends up pregnant, he’ll have the biggest fight of his life convincing her that their fling should be forever. 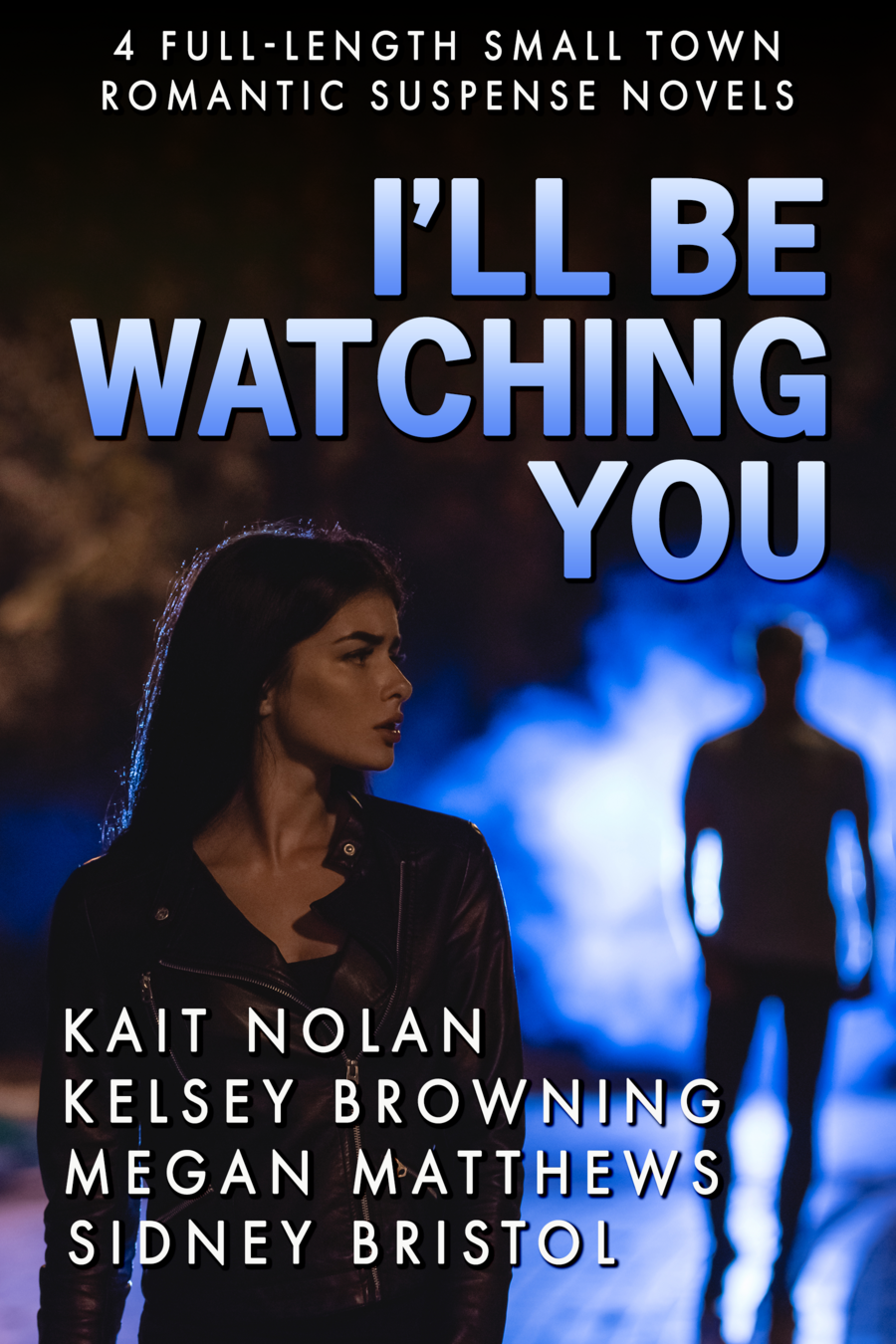 I'll Be Watching You

MAKE YOU FEEL MY LOVE by Kait Nolan

Will danger catapult these lifelong friends to lovers?

When a shadow from her past returns to Wishful, librarian Autumn Buchanan must rely on the man she’s loved since childhood: chief of police Judd Hamilton. But can Judd protect Autumn and allow himself to fall for his best friend?

Will her secret offer them a second chance or tear them apart forever?

When a stalker targets blacksmith Carlie Beth Parrish, sports agent and long-ago one-night-stand Grif Steele steps in to protect her. But once Grif discovers the fourteen-year-old secret Carlie Beth's been keeping from him, will he embrace the truth or will he turn his back on their second chance?

Bennett Walker has a secret. A big one. Will it ruin everything he’s worked for in Pelican Bay?

When somebody targets the new bakery owner, Anessa looks for help from her favorite former Navy SEAL. Bennett jumps in to protect the woman he’s quickly falling for, but his secrets might cost more than just the mission and their new relationship. If he’s not careful someone might lose a life.

Alex has resisted Jena from day one, but now he's the only one she can turn to. Will he be able to resist her?

Alex is pushed to his limits after offering his guest room to his tactical medic following a B&E that leaves her rattled. As their forbidden relationship blossoms, Alex uncovers Jena's secrets and questions everything he thinks he knows about her. 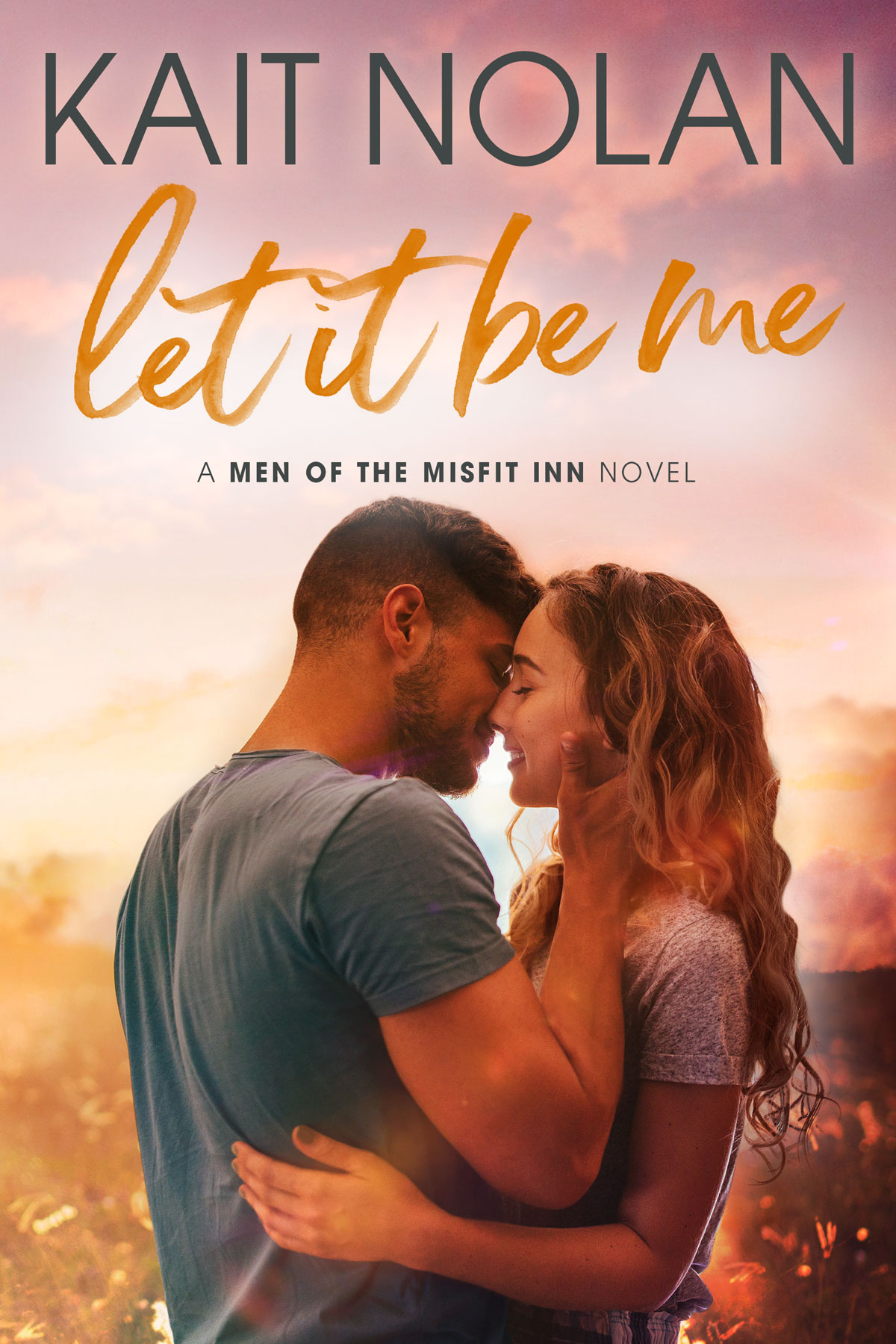 Let It Be Me

Men of the Misfit Inn - BOOK 1

Four years ago, firefighter Caleb Romero saved a child and met the woman of his dreams. But trauma killed the timing, so he’s contented himself with being the friend she needed as she navigated sudden parenthood.
Four years ago, Emerson Aldridge became a mom in the worst possible way. Without qualm, she abandoned her own dreams to shepherd her teenage daughter through their shared grief. Her number one priority has been to raise Fiona the way her best friend would have wanted.
Now Fi’s headed off to college and Emerson has no idea how to feel about her suddenly empty nest. She barely even remembers life before motherhood, but Caleb’s right next door to give her a reminder—along with a toe-curling kiss that catapults them past friends and into something more. The life she wanted before the accident is still within reach. He just has to convince her that their age difference means nothing.
Piece of cake. Right?
all books in this series 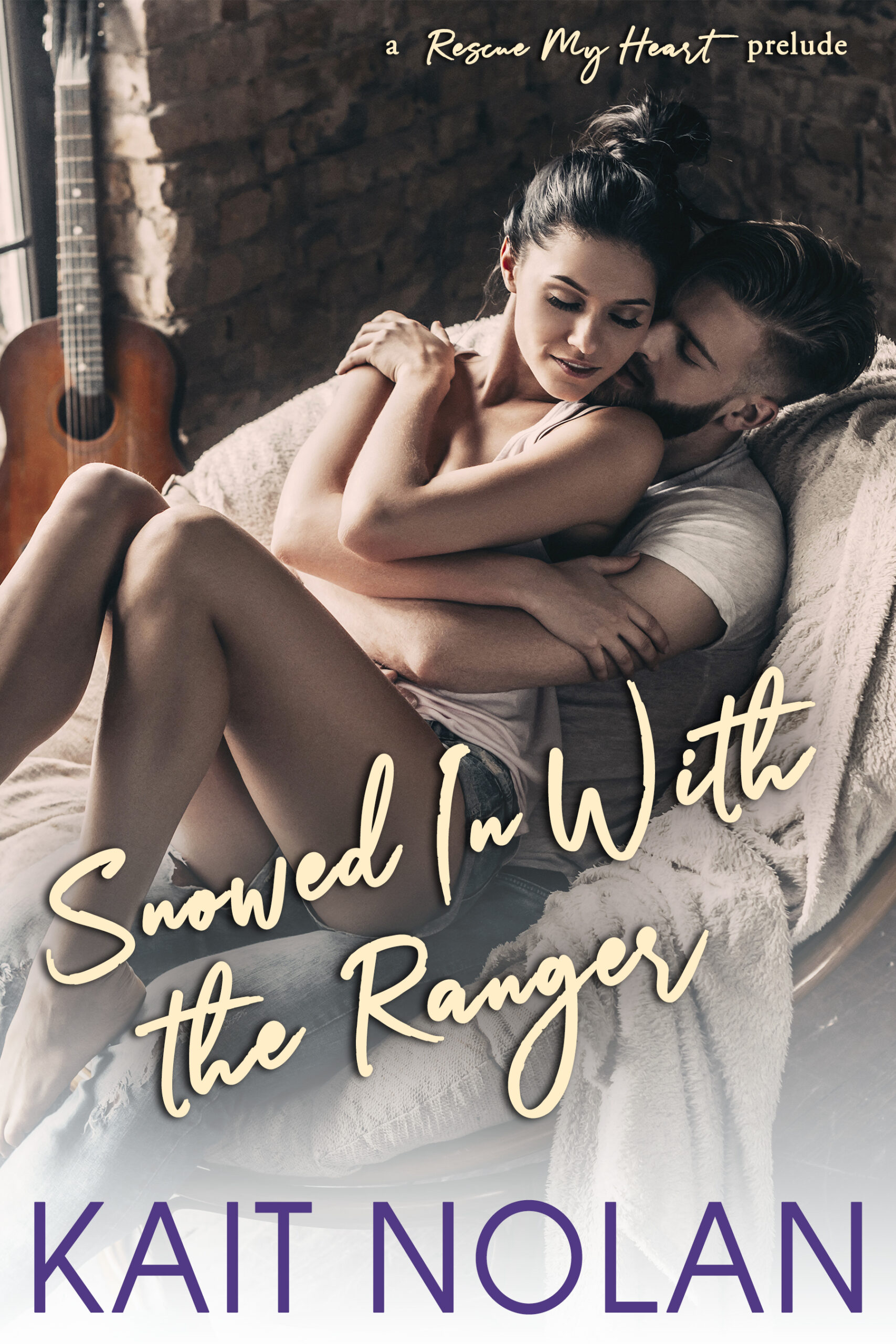 Snowed In With The Ranger

Ivy Blake is on a deadline. Actually, she’s past the deadline and desperate to find some peace, quiet, and inspiration to get her book back on track. She doesn’t plan on a Tennessee blizzard or the bear that causes her to crash.

Harrison Wilkes isn’t actually a lumberjack, but he’s doing his best impression during this week away from real life. He needs to rest, recharge, and stay the hell away from people, while he makes some major life decisions. He doesn’t plan to be executing a snowbound rescue.

Is it getting hot in here?

When Winter Stormageddon traps Ivy and Harrison together, suddenly his one-man cabin feels more cramped than cozy. As more than the fireplace heats things up, Harrison’s starting to think the interruption to his solitude might be worth it. Will the grumpy lumberjack prove to be inspiration or distraction?

all books in this series 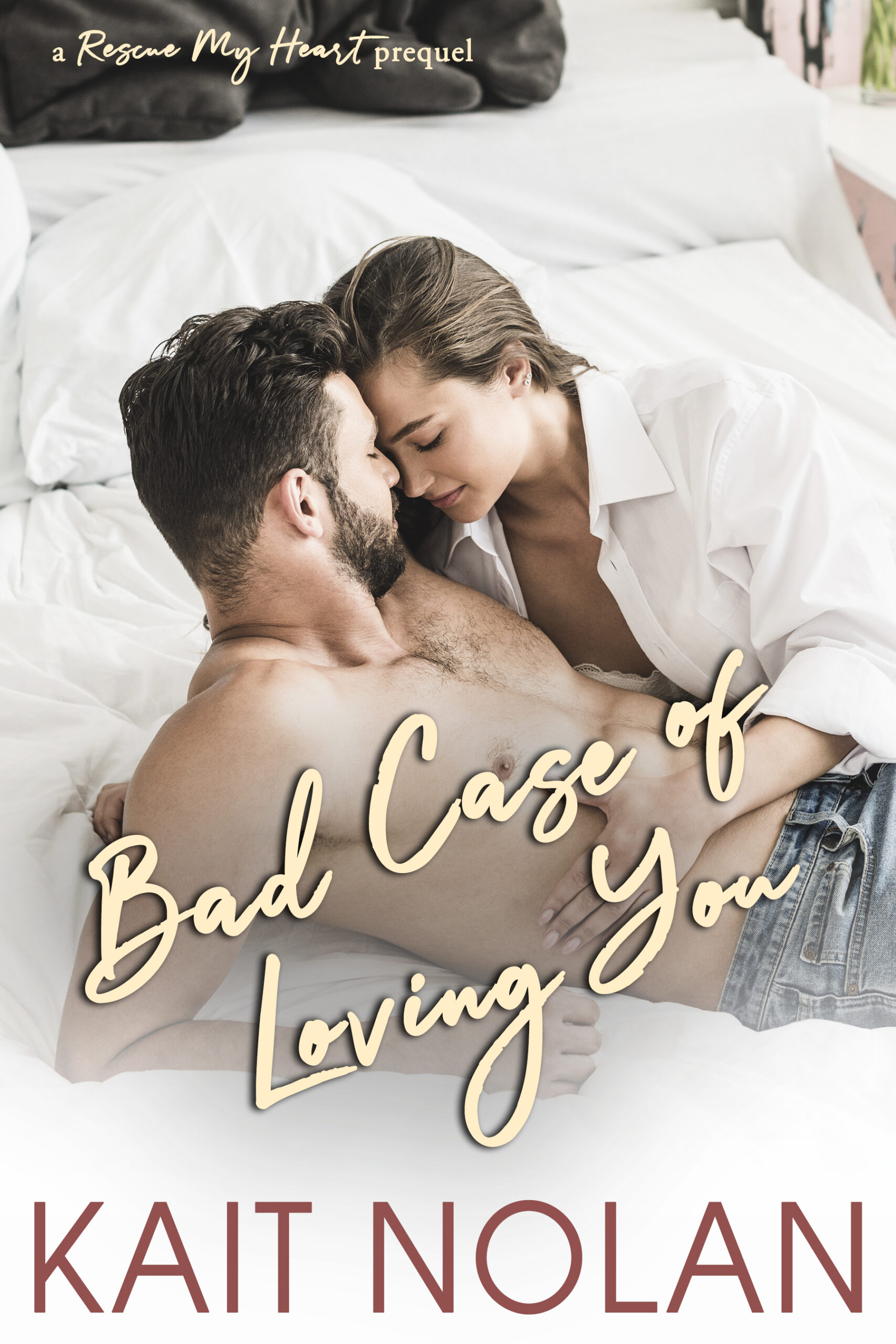 Bad Case of Loving You

She loves weddings
As a romance author, Paisley Parish is a hopeless romantic. Seeing her friends exchange promises of forever does her heart good--even if the whole thing does highlight her own regrettably single status. But that's what cake and champagne are for. She just has to escape the douchecanoe who won't take no for an answer.
He hates weddings
Former Army Ranger Ty Brooks is happy to see his brother-in-arms starting his new life. He just wishes he was out of this monkey suit and miles away from the seemingly endless parade of guests. All this happily ever after isn't for him, but he's determined nothing's going to ruin Harrison and Ivy's special night. Especially the asshat who's cornered one of the female guests.
A blast from the past
The knight in a tux who shows up with a glass of champagne pretending to be Paisley's date is none other than the first love who broke her heart. Ty's older, hotter, and shocked to see her. It's clear the old chemistry is alive and kicking, and as they take a walk down memory lane, so are the feelings they both thought long dead and buried. Will the night be the closure they never got...or the start of a second chance?
Author's note: This short story is a prequel to the novel MADE FOR LOVING YOU.
all books in this series