I didn’t get around to posting a #ROW80 progress report on Sunday.  Truth is, I didn’t have much to tell.  I was sick all last week with very low word counts, most of which ended up getting axed.  But I did yet ANOTHER read through over the weekend and hammered out my Act 3 outline (now with even higher stakes!  Which was the original problem…they weren’t high enough).  I need to go back and add a scene in act 1 to seed for some of that, which is what I’ve been slowly stumbling through the last couple of days.  Let’s just say my attention span has been less than awesome.  Part of that is just working my way back into a routine and playing catch up at the evil day job and around the house.  And part of it…

I have been attacked by rabid, vicious plot bunnies.  Four of them (they travel in packs–didn’t you know?).  So, in fact, I did get a fair bit done yesterday with making notes about THAT.  They’ve still got a pretty big hold on my brain this morning and I’ll keep scribbling notes while they’re coming because whenever I get around to writing them, they will be awesome.

Still, I may finally pull out my Write or Die software tonight to finally get some real work done.  Because…yeah.  Evidently at some point in the last couple of months, I was insane enough to map out my production schedule for the rest of the year in my Google calendar.  According to that, I’m supposed to be done with the first draft of Liam and Riley’s book day after tomorrow.  HAHAHAHAHAHA.  Yeah, no.  I lack about 20k still, which I can conceivably get done by June 1st if I buckle down, so that’s the goal.  I readjusted the rest of the schedule (because if I’m going to be getting calendar reminders, they might as well be for doable goals) to reflect that.

I’ve missed 2 weeks of training for taekwondo (went back last night).  My belt test is June 6th, so I’ve made arrangements to pick up some extra one-on-one training the next few weeks to catch up on that.  At least I’m not hacking up a lung still. 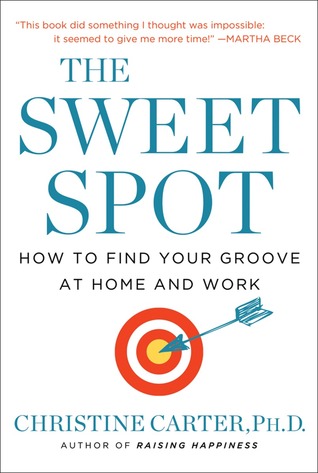 I recently finished reading Gary Keller’s The ONE Thing, which was awesome, and just picked up Christine Carter’s The Sweet Spot, which I’ve had my eye on for quite some time.  I follow her on social media and have read some of her other research and REALLY enjoy her approach, so I’m looking forward to diving into that as well.

SO here’s to getting back into the groove!