It’s raining today.  Supposed to rain all weekend, actually.  Which really limits the list of things we can do to sort out the house (i.e. we won’t be hauling stuff out of storage in the rain).  And as far as I’m concerned, that’s a good thing.  A forced break.  God knows I need one.

I’ve been up since 8, chatting with Mhairi and generally being a lazy sod.  It’s been rather glorious.  Now that hubs is up, I started laundry and am enjoying the fact that we have enough water pressure here that the washer finishes in the time on the dial, not in 2 hours. Oh, and the fact that I can hear it when it’s done and move it to the dryer.  This might not seem like a major thing, but in our last house, the washer and dryer were in the storage room outside, and laundry in the summer was a real chore because we had to set timers, lest the stuff in the washer mildew in the heat.  NO MORE!  Whee!

On today’s list is to get some batch cooking done and take everything out of the freezer and reorganize.  It’s still in the total “empty the cooler so we can get another load” chaos from the move, and since I’ve been grocery shopping since then, I can’t totally sort out what I’ve got.  In conjunction with that, I’ve found a place for my menu board and planned out our meals for the next week.  This marks a return to healthy cooking and food blogging.  Woo!  I’m on a mission to come up with something to do with canned artichoke hearts that isn’t dip and doesn’t really highlight artichoke flavor (they aren’t my favorite thing).  Anybody have suggestions? 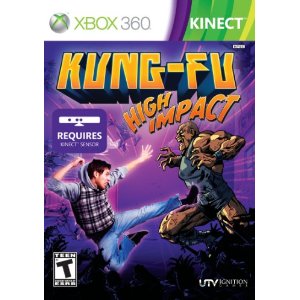 Yesterday, the copy of Kung Fu High Impact we ordered came in.  This Kinect game (and we finally have ROOM to USE the Kinect!  How AWESOME is that?) basically simulates that you are the hero of your own kung fu comic book.  I played through the first two levels yesterday afternoon.  It is utterly cheesetastic and fabulous.  I was giggling the whole time.  Hubby got a great deal of amusement out of watching me make an idiot of myself.  AND it’s quite a workout (depending on how much energy you put into fighting the bad guys), which I consider a bonus.  Exercise in air conditioning = win. 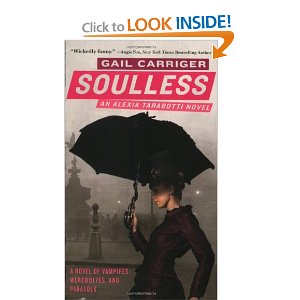 Yesterday morning I also started reading Soulless, the first book in Gail Carriger’s Parasol Protectorate.  People in the doctor’s office were kind of staring because I kept snorting with laughter.  This book is everything I love about Elizabeth Peter’s Amelia Peabody series plus paranormal.  Epic win, IMO.  It’s very different from everything I’ve been reading, so that’s a really nice change of pace.  Plus, I discovered that the author shares my obsession with tea, which makes her a woman of excellent taste.

Daisy’s been astounding everybody this week by doing some totally unassisted walking.  Of course she’ll do this for the physical therapist and visiting friends, but not for us.  No, for us, she continues to milk the “I’m pitiful, won’t you carry me everywhere” card.  She’s pretty good about continuing to walk outside (with the helper harness), so we’ve been doing lots of laps around the new yard.  She’s got a crush on one of our neighbors.  When she hears him outside working in the yard, she makes a beeline for the gate and won’t budge until we go through it and walk over to say hi.  Thankfully, he’s a dog person and gives her pets and belly rubs.  The dogs DON’T like not being able to see through the new privacy fence, so I think eventually we’re going to get a couple of playground bubbles so that they can see what’s going on around them.   I know.  We’re nuts.

Somewhere in here, I am actually GOING TO WRITE SOMETHING.