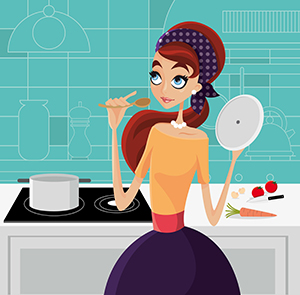 I have never been that big a fan of bratwurst.  The couple of times my hubby has cooked them, they tasted like giant breakfast sausages on buns.  I’m not opposed to breakfast sausage, but I don’t want it for dinner.  I’m more of a keilbasa kind of girl.  But last grocery trip he begged, so I bought a package of Johnsonville Beer and Brats.  This time, I didn’t make the mistake of letting him cook them.  I did some research and found that virtually every brat recipe I found called for simmering them in beer and onions before tossing them on the grill.  Well there was mistake number one.  Hubby hates onions and neglects to even use them for flavoring when they should be used.  We didn’t have any beer on hand, and I wanted hard cider, so hubby sugggested that we try simmering them in that.  The results were amazing.  (Sorry, no pic again.  They disappeared too fast).