I will say right off the bat that this is not a traditional risotto.  When I got down to it, I was originally planning to make a pilaf.  But frankly I couldn’t remember what makes a pilaf and I didn’t feel like looking it up.  I was going for a rice and veggie side dish that fits with Wave 1 of the Sonoma Diet.  This was very much a “pull stuff out of the fridge” kinda deal.  The results had a decent risotto flavor, though not as creamy as a REAL risotto.  The short cut of using precooked rice and using brown rice rather than the traditional aborio rice both had something to do with that.  For a healthy side dish, I’d say this is a winner.  Another use for all that zucchini–though not one that’s picky eater approved. 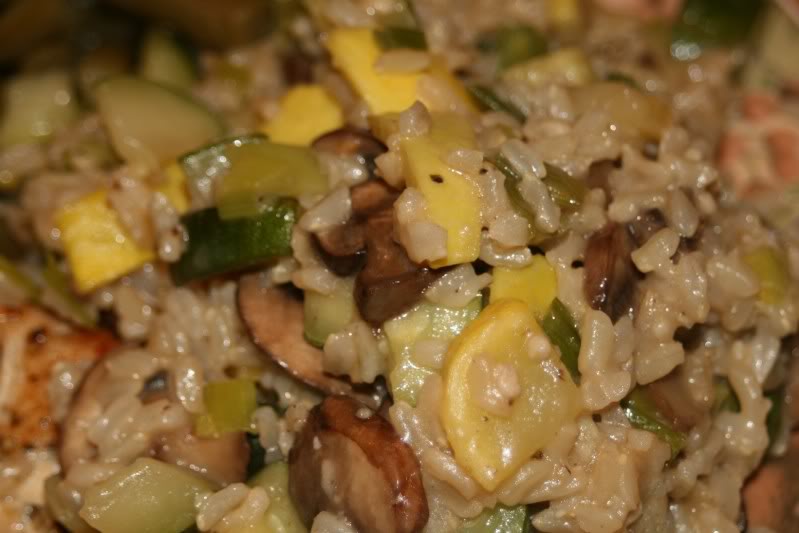