So in pursuit of gluten free baking (while I wait for my assortment of weird flours to get here from Amazon), I picked up a box of Gluten Free Bisquick from Walmart (I also saw it in Kroger).  This thing was about a third of the size of a regular box of Bisquick and twice the price.  But hey, it was worth a try to see if we can ease the transition. 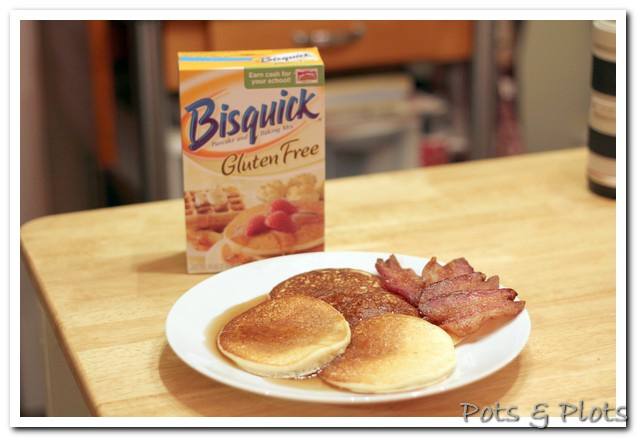 The first thing we tried was the pancakes.  This is a pretty straight forward recipe involving eggs, oil, milk, and the mix itself.  Much like regular Bisquick.  Naturally I can’t NOT fiddle, so I replaced the oil with applesauce and added Greek yogurt (1/4 cup), then cooked them using some oil on my griddle.  I am thrilled to report that these tasted like real pancakes.  The recipe said it would make 8 4″ pancakes.  I got 10.  We had real maple syrup and applewood smoked bacon with them for a DELICIOUS Sunday morning breakfast. 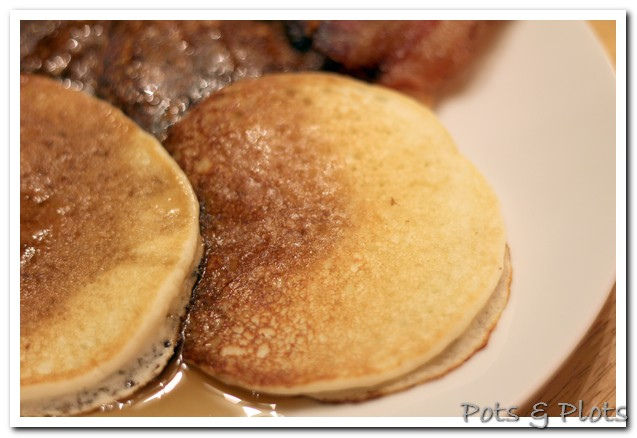 The next thing we tried with this mix was the recipe for pizza crust.  Now I am a pizza crust snob.  I make mine from scratch and it’s damned good, so I have, shall we say, discerning taste when it comes to pizza crust.  But, as I said earlier, I’m still waiting on my assortment of alternative flours to get in so that I can try the gluten free pizza crust recipe in Healthy Bread in 5 Minutes A Day, and we wanted pizza tonight, so Bisquick it was.

When I mixed things up as directed (using oil, eggs, water, and the mix), the dough itself was a really STRANGE texture IMO.  Very gloppy, not at all stiff in any way.  You could never use this on a pizza stone, so I hauled out a shallow pyrex casserole dish and pressed it along the greased bottom of that.  You do a prebake of this crust for 15 minutes, then add all your toppings, and bake another 15.

The verdict: Um…no.  The crust itself was very crumbly.  You could never pick this up as a slice.  It absorbed all the sauce so that even I–who am not a big sauce fan to begin with–found it too dry.  It was, all in all, like eating pizza on very thin cornbread.  I had a quarter of the pizza.  Hubby had a quarter and another half quarter.  The dogs ate the rest.  What we did eat is now sitting in our stomach like lead.  I do NOT recommend this for pizza crust.

So overall impressions of the product…I think it’s probably perfectly fine for breakfast items–which is what Bisquick is best at, after all.

Will I buy it again?  Mmm, maybe.  I find it prohibitively expensive.  The two meals we had today used all but 1/4 cup of the mix.  I’m much more interested in trying out some homemade versions like this one from Ginger Lemon Girl: Gluten Free Master Baking Mix