So a handful of you have been waiting a LOOOOOOONG time for my Mirus work to be out in paperback.  A few of you slogged through the serial version of Forsaken By Shadow here on the blog.  Some have been reading from your computers or on your phones.  But at long last, you have the option of buying Genesis, the first book of the Mirus series, in paperback.  Currently it’s available from Amazon and Createspace.  Over the next few weeks, it’ll be showing up at Barnes and Noble and The Book Depository (which appears to have free shipping worldwide!) and I’m not sure who all else, but I signed up for the Expanded Distribution at CreateSpace.  It’s my understanding that it should eventually show up in whatever catalogue libraries use for ordering, so in a month or two, you should be able to request that your local library order a copy.  I’ll be sure to update the site with links once those are up.

Paranormal beings exist, among us, around us. Their strictest rule: keep the secret. 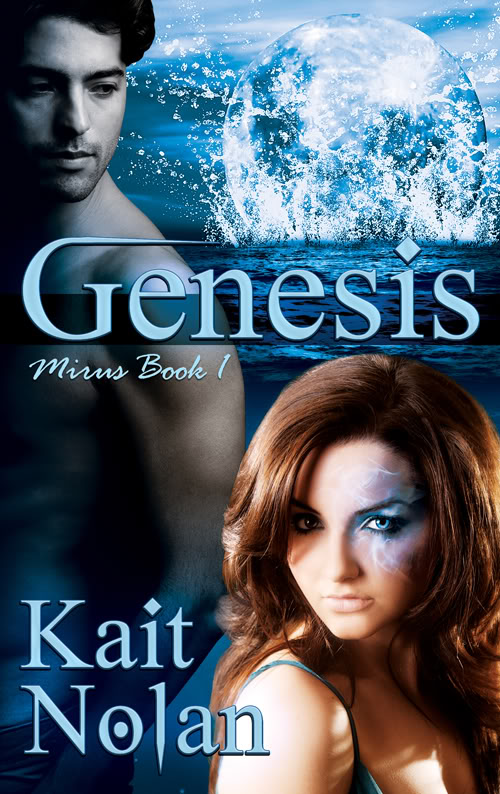 When Embry’s father is kidnapped by human scientists and the Council of Races makes a firm decision of non-intervention, enforcer Embry Hollister must turn her back on her job and her government to go rogue and seek the help of the one great love from her past. Banished from her world years ago, his memory wiped, Cade Shepherd has a new name, a new life, and no knowledge her kind exist. Can he relearn the Shadow Walker skills he learned from her father? And, if they survive, will Embry be able to walk away again?

Trouble. That’s what wolf-shifter Mick thinks when a beautiful woman appears in his New Orleans bar with a hurricane at her back. His first impression is confirmed when Sophie starts asking questions about his missing waitress, Liza. Mick will do anything to rescue a member of the pack he’s made for himself, including forming an unlikely alliance with a woman with a badge.

Isla’s ability as a Seer has made her a life-long captive of a paranormal crime lord. Fae assassin, Ransom, offers her a chance at escape, but when she touches his hand she sees only blood, horror, and apocalypse. What reason can Ransom have for wanting to rescue her, and can she possibly trust a man who deals in death?

6 thoughts on “Paperback Is Finally HERE!”