The Season of Temptation has officially begun.  It’s that last 3 months of the year that has a tendency to add 5-10 pounds to our New Year’s Resolution.  Of course they rolled out the candy over a month ago.  I think I actually started seeing Halloween decorations and costumes in JULY.  But I resisted.  Mostly.  I did give in and buy ONE small bag of candy corn, which I was good and mixed with peanuts (which, I’m telling you, is the perfect salty sweet snack) and made little baggies of the mix that were only 150 calories and 6 grams of fat apiece.  Which is perfect if you can stop at 1 bag (1/4 cup).  Bad if you can’t because the stuff is CRACK.

In the five years we’ve been in our current house, we’ve only had 4 trick or treaters, so I generally don’t actually BUY Halloween candy.  Because we all know that if you bring it in the house, you’ll eat AT LEAST half of it.  Smarties.  Reece’s cups.  Skittles.  Starburst.  Sour Patch Kids.   And if you don’t actually have trick or treaters, then you wind up eating all of it.  And that doesn’t do anybody any good.

And THEN, as if that wasn’t bad enough, after Halloween, they start marking it down.  So that if you didn’t give in initially, the siren song of But it’s on SALE begins to lure you in. Because of course you need sugar to fuel your sleepless creativity during the month of November, when you, and hundreds of thousands of other people decide to pen their 50,000 word opus.  And you’re not actually EXERCISING during this period.  Because since that incident where you tried to write on the treadmill and your laptop crashed down and cracked the screen, you’ve learned your lesson.

Then you only surface for Thanksgiving where you’re going to stuff yourself silly with turkey and dressin’ (or stuffing for you crazy Yankees) and sweet potato casserole and pecan pie and all kinds of other once or twice a year delicacies.  And when you emerge from the initial turkey coma, you’re gonna do it all over again with the leftovers while you push through the final days of insanity to try and reach 50k. 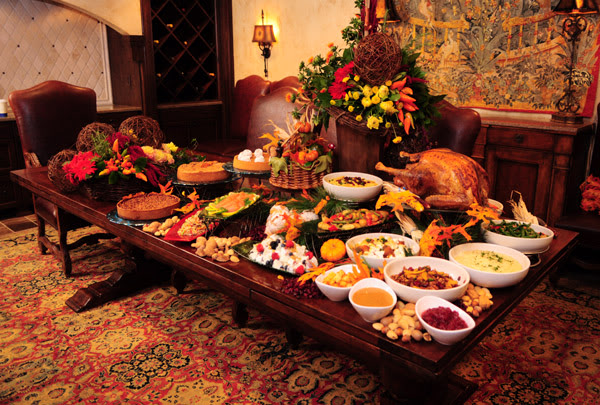 Then comes December.  Season of holiday parties.  The time when the break room at work is constantly full of cookies and candies and other delectable goodies.  I’ll just have one turns into half a dozen passes…a day.  And it’s all SO GOOD.  Everybody’s eating it.  No matter how good your intentions to avoid it, someone’s gonna come knocking on your office door with a plate or bring you edible gifts that you can’t NOT eat…it would be rude.  And pretty soon it’s all spiraled completely out of control and you’re following that magnificent Christmas dinner with shooters of Pepto.

And then the sugar coma passes and you start eying the scale.  You know, that thing that got shoved into the corner of your bathroom and has a small mountain of dust?  Maybe you want to get it over with the day after Christmas. Maybe you’d prefer to wait until New Year’s Day.  Either way, that little contraption is going to sound the death knell to your denial about how much your hips have expanded.

Unless you had a plan.  Unless you faced down the Season of Temptation and CONQUERED ALL with extra workouts, smaller portions, and a strengthened ability to say no. I’m definitely on board with the extra workouts.  And I’ll be balancing out all the rich food with lots of extra veggies.  It’s the saying no part that I have issue with.

So how about it?  Do you have  a plan to prevent the holiday bulge?  Share your secret with us in comments.

15 thoughts on “The Season of Temptation”