I hesitate to say it, but I think I’m finally getting back into a groove.  After a couple of days with very low word count over the weekend, the last two days, I’ve hit 1k+ each day, and I feel like I’m sort of shrugging back into the story like a favorite pair of jeans.  Yesterday I hit on a really important detail for the shero that will very much control how she goes through the relationship arc of the book.  There are 10 days left in the month.  I’ve got 3 and a half new scenes to write to get to the 22k chunk I wrote before I stopped to replot.  And then there are changes that need to be made in that original chunk.  Depending on how things go, it’s not outside the realm of possibility that I could get through all those changes by March 1st, so that’s the new short-term goal.

In case you missed it, this week’s recipe is for Lemon, Rosemary, Garlic Chicken and Roasted Veggies. 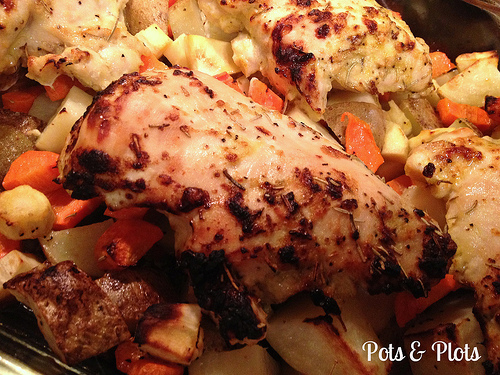 Yesterday I did some pontificating about the 50 Shades franchise and the issue of character agency.  There’s some link love for a number of posts I’ve read the last week, and I also pose the question of why there are so many books/movies/series out there that are ragingly popular, wherein the shero has no character agency.  I think there’s been too much dichotomizing of the issue and name calling, implying that the women who enjoy these stories are somehow deficient or stupid or [insert whatever derogatory remark], and that’s totally not cool.  This is NOT about bashing those women and their preferences.  People have the right to like what they like (as long as it doesn’t hurt anybody else).  I pose the question, NOT to insult women who are actually into this stuff (“stuff” being, in this case, stories wherein the shero has little to no agency, wherein the plot mostly happens TO her, not because of her), but because I’m truly trying to understand the appeal (’cause I totally don’t get it).  This is a much broader question than the issues of sketchy consent and abuse dressed up as romance brought up by 50 Shades.  So if you’ve got time to pop over to yesterday’s post and enter the discussion, please do!