Next up in our Romancing The Holidays countdown is

It’s getting cold in Hollywood, so cold, there’s a good chance the City of Angels will finally get snow.

Erin Sanders is content with her life. Going to community college and working part-time at the Chinese Mann Theatre fills up the majority of her time, leaving love on the back burner. She isn’t expecting her life to change solely because of one movie-goer. But when that movie-goer is movie star and Erin’s favorite actor, miracles can happen.

Johnny Barker just wants to see a movie he doesn’t star in. He’s tired of being stared at, hit on, and ogled by the general public, and if he gets one more question about his love life, he’s going to lose it. When the ticket taker at the theatre treats him like a normal person – despite the flattering blush on her face when she recognizes him – he can’t help but do a double take.

With the temperatures dropping and snow on the horizon, Erin and Johnny are captivated by each other enough to do the unthinkable: fall in love under the Hollywood snowfall. 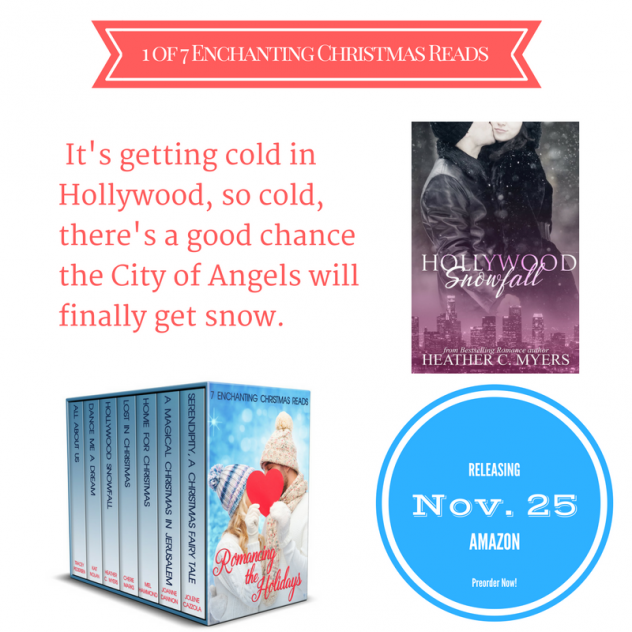