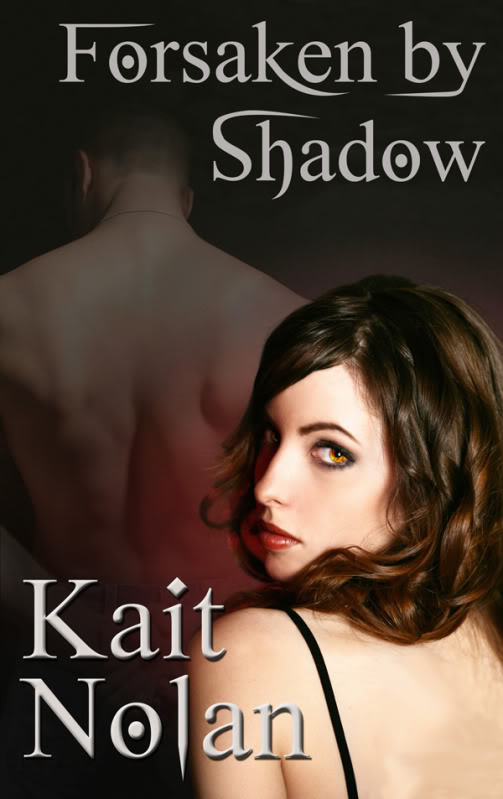 This time last year I was struggling with utter exhaustion, having taken over EVERYTHING since my husband broke his leg on March 7th.  But I’d used the down time from being off with him for nearly two weeks to finish editing and formatting my first novella, Forsaken By Shadow.  And 1 year ago today, I pressed the button to publish on Kindle, Scribd and Smashwords (Pubit, being still a twinkle in its creators’ eyes).

I was doing decently well getting my name out there prior to publication–making friends on Twitter and expanding my ever widening circle of writers.  But in terms of approaching readers, I hadn’t done too much.  I set out to change that, organizing a 31 day blog tour for the month of May to start really getting my name out more.  But largely it was the writing community who supported me in the beginning.  Because writers are always readers and there were so many kind and wonderful people who came out and bought my little $1 novella.  Some may not have read it, but they bought it anyway to be supportive because they liked me.  They told their friends.

In the last few days of March, I sold 12 whole copies and was ecstatic.  I wanted to write a personalized thank you note to each and every one of them.  In the month of April, I sold 29.  I moved slowly up.  I swapped back matter with Zoe Winters, who released her other two novellas that summer, which helped me tremendously getting out there.  In June I sold 529 copies, which just blew me away.  Sales for the rest of the year were a scalloped curve.  Going down and back up again to 586 copies in the month of December.  I played with price, moving up to $1.99 in August and moving back to $0.99 for the holidays.  By the end of the year, I’d sold 2910 copies of my little novella.  I struggled to write all year, releasing another, shorter novella, Devil’s Eye, in early December.  That one became my “loss leader” as they say, at $0.99 and has done surprisingly well.  Both novellas continued to sell.

My platform had expanded exponentially through blogging and Twitter.  I went from taking up the search results on the first 3 pages of google for my name to the first 15.  I just checked a few minutes ago.  A lot of it is other people talking ABOUT me, which is invaluable.  They’re letting THEIR people know about what I’m doing.  This whole platform thing has gone well enough to land me an amazing agent.  Sales have continued steadily, rising easily to over 1,000 ebooks a month with very little promo on my part (which is yay, because I did TONS of promo last year).  And as of this morning, Forsaken By Shadow has sold 4,134 copies in its year Out There.

Not bad for one little novella, huh?

Am I making a living yet self publishing?  No.  But I’m paying off my car next month.  A whole year and a half early.  And for the first time in years, we have a decent emergency fund in savings.  I think sales will only continue to grow.  I’ve already sold more in 3 months this year than I sold in a little over 9 months last year.

Self publishing may just be the best decision I ever made.

Today I am celebrating with the fabulous Claire Legrand, who also has NEWS OF AN EXCELLENT NATURE that I’ve been wanting to share for TWO WHOLE WEEKS and had to STAY QUIET.  Good thing I had that therapist training with confidentiality…cause keeping good news secret is HARD, yo!