As a writer, I have this theory that most paranormal mixed couples in fiction are a metaphor for mixed marriages, and as such carry a subtle message of tolerance throughout their many plots. This is a good thing. But I feel like perhaps too many writers rely on a monster and human female mix. I like the combination, but I think it’s becoming saturated. So when I read Kait Nolan’s Forsaken By Shadow, I was delighted to see that she had a fire elemental and a shadow fighter paired. This is not a case of one or the other being the better character. They’re both equals, and the story has to explore conflict in other ways. This is a good thing too, m’yes.

And, in this vein, I’d like to talk about paranormal mixed couples (or in a few cases, groups) I’d like to see explored. These are totally free ideas, by the way, not plots I am actively developing. So if you see a combination here that gets your creative juices flowing, don’t hesitate to start writing. The moment you have it published, I’ll probably be one of the first people in line to pick it up. So, without further ado, the list:

An elf with an elf would be awesome. See, elves aren’t all one breed, and you may have noticed how lots of writer subconsciously code monoethnic values into their elf races. So, running with that trope, what would happen if an elf prince and princess from rival races—okay yes, it’s Romeo and Juliet all over again, but nobody says you have to play the plot straight to the script. Make Juliet a kick ass mage and an archer, and make Romeo sword fighter…or something. But make them equals, and then set them as foils who eventually get together.

One indie story I read that was sort of like this featured an elf and a half-elf. In the fantasy world of Curse of the Shadow Beasts (by Christine Morgan) elves regard half-elves as abominations. So the initial conflict between the mage elf Arien and rogue half elf Cat is their revulsion of each other’s race and cultures, which was fantastic to see used so well over the course of the story. There was also a family curse used as a conflict to keep them apart, and I admit, I wasn’t happy with how this book was resolved. But it was the first in a series. One of these days, I should go back and get book two. But my point is, both characters relied on each other, and I found them to be a balanced couple with a believable conflict to resolve.

One wouldn’t have to do an adventure story, but I doubt many people would cast two elves, one black and one white, for a fantasy reboot of Guess Who’s Coming to Dinner. Perhaps instead of being that obvious one might someone might cast a grey elf returning home with a wood elf. Or vice versa. This would grant a sufficiently motivated writer a great platform to discuss race relation and culture shocks, and be entertaining in a fantasy setting while doing it. But then, we don’t need to have more discussions of race or race relations in fantasy, do we? Or, do we? But let’s move on.

I’d love to see a water nymph with a fire elemental. The conflict couldn’t be more obvious, as the fire partner could lose themselves in a moment of passion and boil their water partner alive. Or if the water elemental is the stronger partner, they could snuff out their lover by becoming too steamy. This is like the whole “I might kill you” theme of Twilight, but it gives the “weaker” character plenty of powers to explore in the story. And, any action-filled paranormal story where you have a fire and water couple, you have unlimited goofy action-movie solutions to every problem. You really can’t go wrong with this.

There ought to be more to a story going on than just “the alpha has a feisty new mate who needs to be broken.” How about instead, the woman comes along willingly because the animal in her desires the company of packmates? Why must the central conflict be about domination and forced “love?” Certainly, in a pack dynamic, there are plenty of other ways to generate conflict besides using females as property.

An idea I’d like to see explored is a group that’s already established, and the arrival of a new pack member causes tension and a reshuffling of the house. This shouldn’t just be a story about the incoming were, but about how everyone’s roles in the pack change, how the dynamic of the group shifts to contain a new personality. This kind of angle is rarely explored, and I think it could yield a goldmine in the right paranormal writer’s hands.

A mermaid and birdman couple would be kind of cool, though some readers might think of it as being a little fishy. But I think the right writer could net themselves a fine kettle of fish if they’d dip their toes in these salty, warm waters. Heh. Oh, come on, it smells like fish, but it reads like—hey, where are you going? Okay, you didn’t like the tuna surprise. I can give you something else, really!

Orc and dwarf romances…oh-kay, I can see dwarf tossing isn’t gonna fly, either.

How about a sea serpent and a giant squid! Imagine the potential in the tentacle sex market once you translate it to Japanese! No?

The editor stops with his Martini halfway to his mouth, and his lips pucker like he’s just found a turd instead of an olive on his toothpick. He pauses to pop the olive into his mouth, relaxes, and then says, “But the unicorn transforms into a human, right?”

“No, unicorns don’t transform,” you’ll say. “But this one is telepathic, and that’s how he’s able to talk to the elf princess. Who sparkles.”

And the editor looks sidelong at the marketing director, who coughs meaningfully and says “Well, the sparkles are good. Sparkles are still trending well in the 14-to-17 target demo, but here’s the dealio, yo. He’s a horse.”

And you’ll nod and say proudly, “Yes, a magnificent white stallion with a fantastic foot-long horn of gold!”

The marketing director is starting to look nervous, and the editor is now pretty sure that olive really was a turd. The editor swallows his olive-turd and grimaces before he cuts back in, “But…but he’s a horse. I-if they have sex—”

“Oh, not until the last chapter!” you tell them, and then wink slyly. “But don’t worry, I didn’t get too graphic. The final sex scene is only two pages!”

And that’s why you’ll never work in this town again, freak.
___ 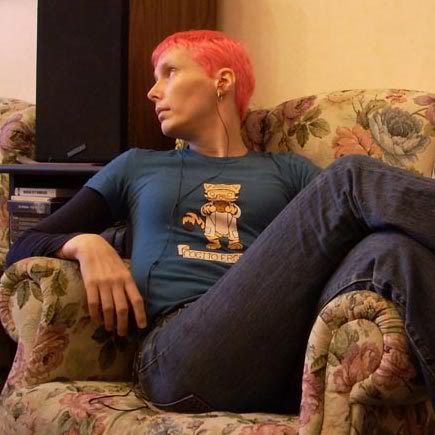 Zoe E. Whitten lives in Milan with her husband Luciano. She is the author of several novels and novellas, among them The Lesser of Two Evils, The Sole Survivors’ Club, and Zombie Punter. She has a duel sci-fi novella release due out from Belfire Press in May and her first bizarro title from Skullvines Press/KHPBooks later this year. In March she will release Confessions of a Zombie Lover, the sequel to Zombie Punter. 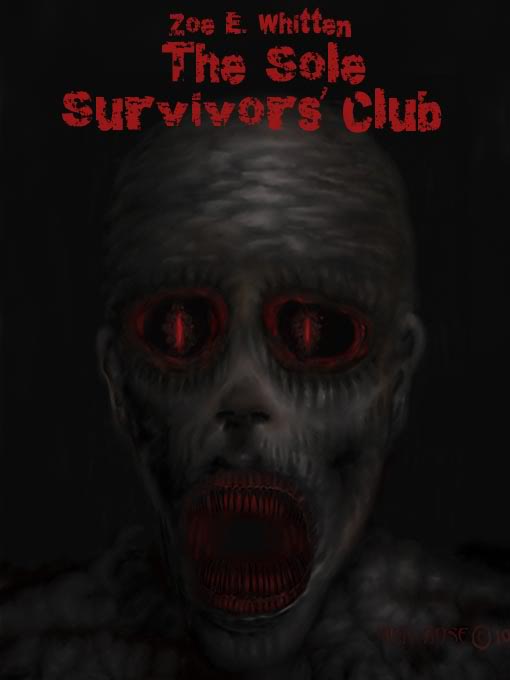