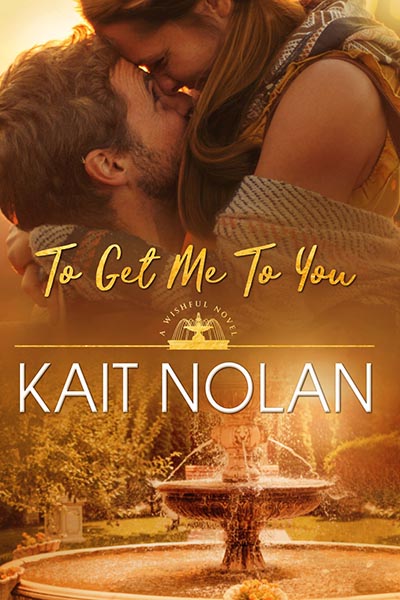 To Get Me To You

Just a city girl, living in a lonely world

Displaced Steel Magnolia Norah Burke has always been an overachiever. The word "failure" was never a part of her vocabulary. So it comes as quite a shock when she gets canned from the marketing firm where she's built her career after threatening to blow the whistle on some shady business practices. Licking her wounds, she heads to her best friend in Mississippi for a little home-grown Southern comfort.

With his iron-clad Mississippi roots, Councilman Cam Crawford is a man who values tradition, preservation, and the love of a good woman. When a big box warehouse store tries to capitalize on his hometown's economic downturn, he's not about to let anyone's ambition destroy what he holds dear. He'll raise hell if he has to in order to stop them.

This unlikely pair just might be the perfect allies--in war and out. But as the battle to stop GrandGoods heats up and sparks of attraction turn to something more, will this city girl's bigger-picture perspective go with this small-town boy's "keep it as it is" attitude? And even if they can send the suits packing and get the town on its feet again, can she really give up her corner office and power lunches for the corner booth at the local diner? What's a nice executive like her going to do in a place like this?