I just got over a really hideous cold, during which my programming of choice as a couch jockey was the Food Network.  Lord knows why.  I couldn’t taste a thing.  Maybe I was hoping to stimulate my other senses.  In any event, I saw Sunny Anderson of Cooking For Real make this recipe of “Maniladas“, and I thought it was a cool idea.  I had a box of manicotti in the pantry from a well intentioned plan of making some spinach manicotti that never got made.  But as I didn’t want to spend a fortune on fontina cheese or blow my calorie load all in one meal, I decided to take the idea of mixing enchiladas and manicotti and put my own twist on it. 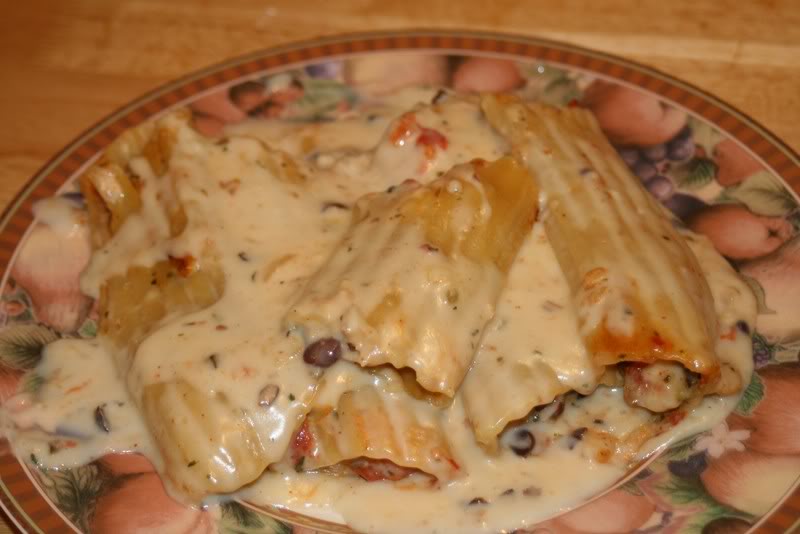 This breaks down to 207 calories and 7.4 grams of fat per stuffed manicotti noodle.

This was a winner.  Hubby wants to try it with beef next time.  Sorry for the lousy picture.  I forgot to take one until I’d already scooped it out on plates becuase we were starved.  I’ll take another pic next time.

One thought on “Mexican Manicotti”