Leftovers are the mother of strange inventions.

I made Chinese dumplings earlier this week and somehow, despite making 60 wrappers, I still had filling left over.  It had been hanging out in the fridge for a day or so, waiting for–something.  Well I also made vegetable lasagna for a friend and wound up with 5 leftover whole wheat lasagna noodles.  Let’s face it.  I never throw extra pasta out.  So when the munchies hit tonight, I decided to try combining the two because, really, what are dumpling wrappers anyway but flour, salt, and water.  And what is pasta?  Right.  So I spooned the filling onto the lasagna noodles, rolled them up and pinned them closed with a toothpick, then set them in my steamer basket inside my rice cooker (which had about half an inch of water in the bottom), and steamed those puppies.  I probably let them cook about 20 minutes–there was more filling in these roll ups than I normally have in a dumpling and since it was pork I wanted to be sure that it was cooked.

The verdict?  These were quite tasty and filling and an excellent use of leftovers.  I might even make them on purpose sometime when I’m craving dumplings but don’t want the 2 hours of prep work. 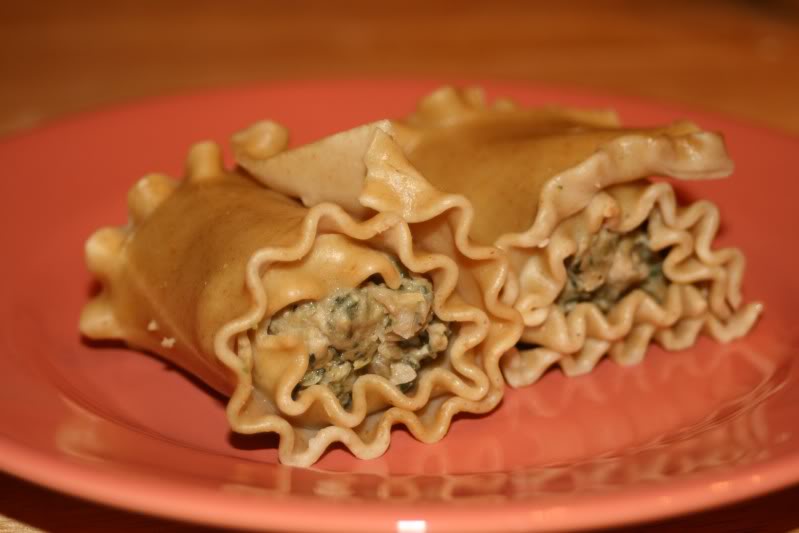