So I made a ginormous batch of make ahead and freeze Mexican style wraps.  Forgot to put in the salt (though I wrote the recipe correctly), and hubby declared them uber bland and that he didn’t want to eat them.  We still have 12 in the freezer.  I know what I’ll be eating for lunch for the next few weeks.  Anyway, we still both think the concept is a good one, so I set out to improve on the recipe (without making such a MASSIVE amount of filling for the experiment).  I’m making these wraps with me in mind.  They are vegetarian (I’m not, but I love vegetables) and much higher in flavor than the original versions I made last week.  This version is loaded up with stuff my hubs often won’t eat (like onion), but I really wanted to amp up the flavor and lower the fat into something that I could fit into my daily calorie budget as a lunch (since I tend to prefer to blow the load on dinner every night).  I really like the idea of mexican themed bean wraps because they’re very filling. So with all that in mind, here’s my next attempt.  Isn’t it pretty?  I tossed it on the George Forman to make it into a Grilled Stuffed Burrito. 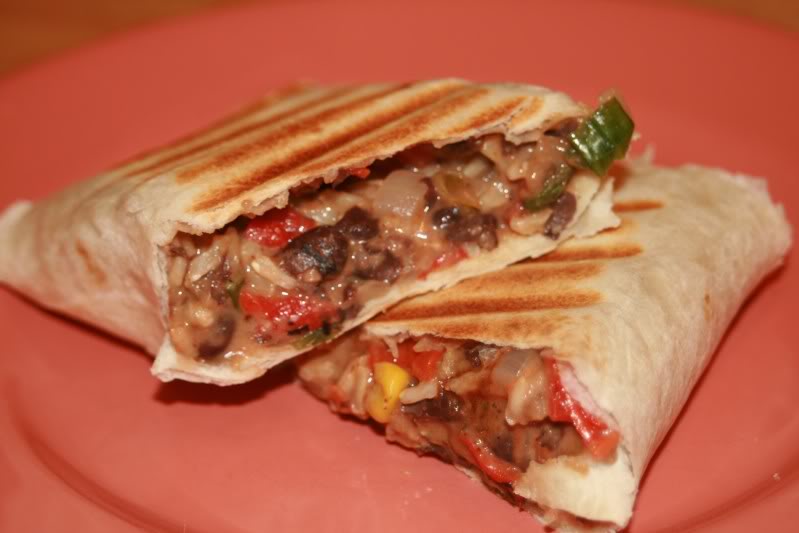 One thought on “Build A Better Wrap: Black Bean Wraps”