These burgers were a long time in the making.  We’ve been talking about them for ages and even had a prior attempt using taco seasoning that was decent but not what we wanted.  We finally remembered to get all the ingredients for this attempt.  And the results were absolutely KICK ASS.  We are not ordinarily a fan of turkey burgers.  They’re usually dry and kinda tasteless.  These weren’t anything of the sort.  They were full of flavor and juicy.  And paired up with 100% all natural buns from Nature’s Pride (available in white or wheat), which I got through the Tastemaker’s program at Foodbuzz, these were truly supreme burgers.  These buns are awesome and the best store bought buns I’ve ever had.  The only thing better would be homemade, and they don’t last as long and aren’t as uniform (someday maybe I’ll learn how to make my own buns but in the meantime, these make it absolutely not worth the effort, they’re so good). This makes 2 burgers. 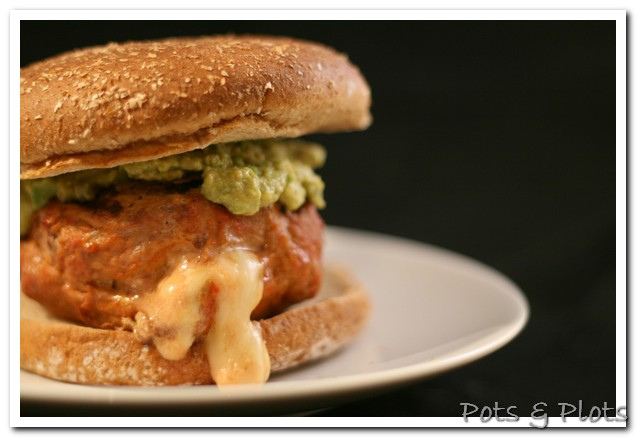