I was thirteen when I found out why my mother left me.

The letter that came on my birthday that year was such a shock to my poor dad. Given its contents, if I hadn’t been the one to snag the mail that day, I doubt he would ever have let me see it.

Given how he looks at me now—as if his beloved daughter has been replaced by a monster, one that can’t be evicted from the house because it still bears her face—I wish I hadn’t let him see it.

But at thirteen I couldn’t wrap my brain around the enormity of what my mother was imparting. I thought it was a joke. Dad thought she’d gone mad. But everything has unfolded so much as she predicted that it’s hard to ignore the fact that she could be right. That I am a monster, just waiting for the proper catalyst to be unleashed.

I am so excited to write this book, I just can’t tell you.  I’ve been itching to jump in since I came up with the idea in August, but I’ve been a good girl and have been finishing Devil’s Eye first.  The outline is done and solid and the characters continue to yammer in my brain for attention.  January.  Just wait until January, my pretties.  It is my ROW80 project.

And speaking of pretty, without further ado, the cover, by the super talented Robin Ludwig (of course). 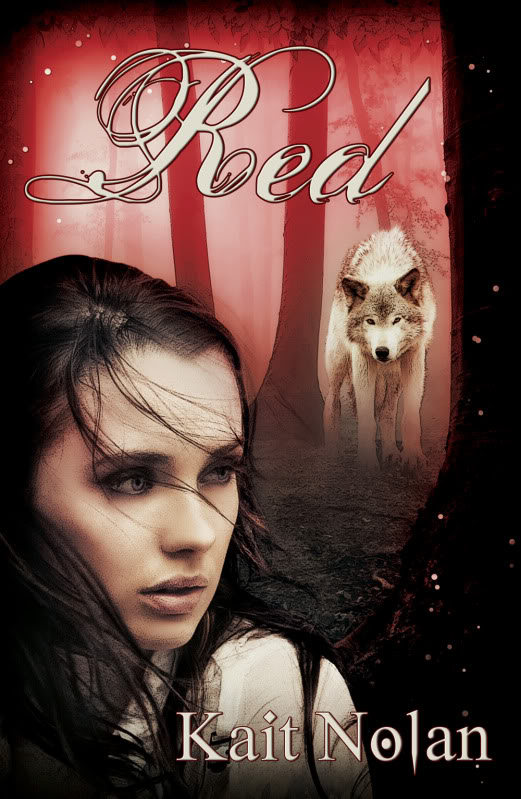 As soon as it’s finalized (which will be shortly because the equally awesome Susan Bischoff is putting it in the back of Heroes ‘Til Curfew, which you should all go add to read at Goodreads), I’ll be putting up the first chapter of Red as a teaser while I’m working on it.  I hope you fall in love with these characters as much as I am.  And if you would like, you can go ahead and add Red on Goodreads as well.