A few weeks ago, we and some of our friends decided to have Fauxtober Fest.   This was originally to have been an Oktoberfest birthday party for one of them, but some stuff came up and it had to be rescheduled.  My contribution to the menu was this German potato salad and some gluten free pretzels that…um, need some work.  But the potato salad was unanimously declared to be awesome (as anything involving bacon and cheese should).  It’s one of those where you just don’t wanna know the fat and calories. 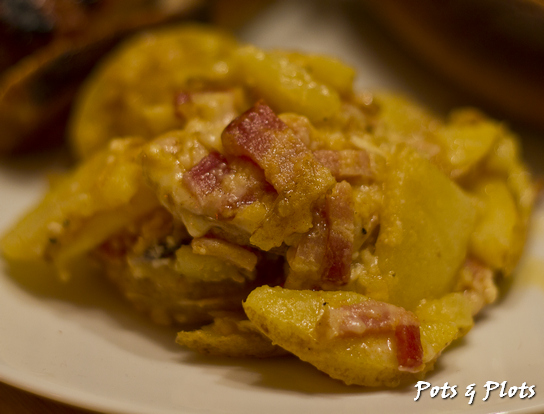