Been a while since I did one of these.  I FINALLY finished Dreams of Gods and Monsters.  Holy crap, what an emotional roller coaster.  I said a lot of not nice things about Laini Taylor between book 2 and this one, but I forgave her by the end.  So to anybody who is reading it and crying and hating her for what she’s doing, STICK WITH IT.

In e, I plowed through Four Weeks Till Forever, the latest release by Nadia Lee.  This is a good read for anybody who really digs the billionaire hero or fake relationship romance tropes.  Quick and fun, I think Bella Andre and Marie Force fans will dig this series.

The problem: A “real” date for his family’s Fourth of July party…or he’ll have to attend with the heiress his mother’s picked out for him to marry.

The woman: His best friend’s executive assistant Hilary Rosenberg–the only one who can save him from this fate worse than death.

…she is convinced good men are a thing of the past.

Disillusioned by a series of painful relationships, Hilary has no interest in dating Mark–even as a pretense–for the next four weeks. He’s too sexy, too smart, altogether too attractive–and a sure bet to break her heart. But she owes him a favor, and she always pays her debts.

When their charade threatens to turn into a happily ever after, can a reformed playboy convince his wary Cinderella that fairy tale endings really can come true? 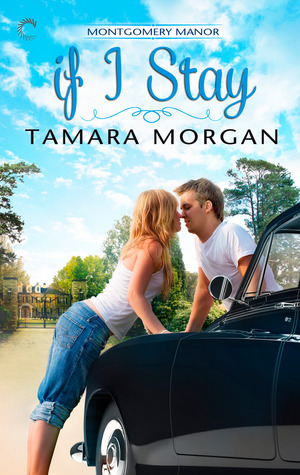 I also just finished If I Stay the first in Tamara Morgan’s Montgomery Manor series.  It’s on sale for 99 cents this week.   This is the PERFECT book for fans of Downton Abbey–it’s got that whole Upstairs/Downstairs vibe going on, but without the whole killing off of beloved characters.  This one is of particular appeal to those who really shipped Sybil and Tom because hero is the chauffeur.

Ryan Lucas would rather be anywhere but Ransom Creek, Connecticut. After losing his high-adrenaline career as a Hollywood stunt driver, he’s had to tuck his tail between his legs and take up employment as a chauffeur for the Montgomerys, a wealthy hotelier family.

Amy Sanders has returned home to Ransom Creek to take over her mother’s former position as nanny to the Montgomerys—bringing her close to dashing Jake Montgomery once again. She grew up with a major crush on Jake, and it’s not easy to leave those feelings behind, even though her friendship with the hard-edged family chauffeur, Ryan, has a sizzling undercurrent of undeniable attraction.

Amy’s determined to prove to Ryan that life at Montgomery Manor isn’t all bad, but each time they draw closer Jake swoops in. Amy is torn between two men—and two worlds. And Ryan is rapidly coming to learn that if he wants to make Amy his, he’ll have to prove to her that life downstairs can be everything they both want.

I haven’t decided yet what I’m picking up next.  I’m taking a break from audiobooks for a bit while I recover from DOGAM, and I’ve got about a million things I’d like to start on my Kindle.  But something fluffy.  I need fluffy.