I haven’t done one of these in a while because, frankly, I wasn’t reading a lot during the last big push to finish writing To Get Me To You. 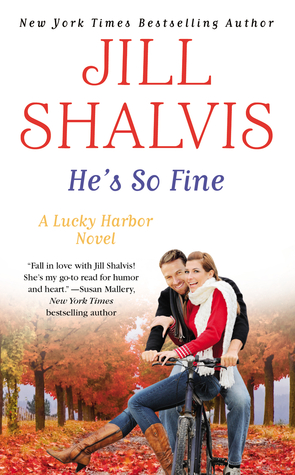 In keeping with the small town vibe, I’ve been on a Jill Shalvis  kick, reading the 11th Lucky Harbor book, He’s So Fine, which I really enjoyed.  Cole is the sexy geek with a McGuyver streak.  Who doesn’t love a guy who can fix anything with a screwdriver and role of duct tape?

For Olivia Bentley, Lucky Harbor is more than the town where she runs her new vintage shop. It’s the place where folks are friendly to strangers-and nobody knows her real name. Olivia does a good job of keeping her past buried, not getting too cozy with anyone . . . until she sees a man drowning. Suddenly she’s rushing into the surf, getting up close and personal with the hottest guy she’s ever laid hands on.

Charter boat captain Cole Donovan has no problem with a gorgeous woman throwing her arms around his neck in an effort to “save” him. In fact, he’d like to spend a lot more time skin-to-skin with Olivia. He’s just not expecting that real trouble is about to come her way. Will it bring her deeper into Cole’s heart, or will it be the end of Olivia’s days in little Lucky Harbor? 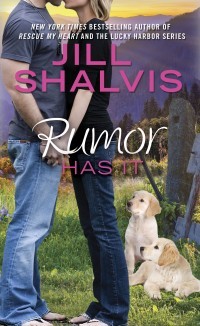 I also picked up the 4th Animal Magnetism novel, Rumor Has It, which totally has that whole tough guy needs to learn to lean on a strong woman vibe that I love so much.  Yes Griffin, you’re wounded.  Kate will make it all better for you.  You’ll see.

He’ll help unleash the new woman in her…

Special Ops soldier Griffin Reid doesn’t exactly have happy memories of growing up in Sunshine, Idaho. He’s only come back to recover from a war injury, and while he refuses to admit he’s in a weakened state, he finds comfort in the last person he’d expect.

Kate Evans teaches fourth grade science in Sunshine, the place she’s always called home. Dreaming of graduate school and a happily-ever-after, she’s desperate to break out of the monotony of Sunshine. Luckily, a certain sexy man has just come back into her life.

To Griffin, Kate has always been his little sister’s friend, but now he’s finding her to be so much more. As both attempt to forge their paths, they must decide if their passionate connection can turn into something lasting… 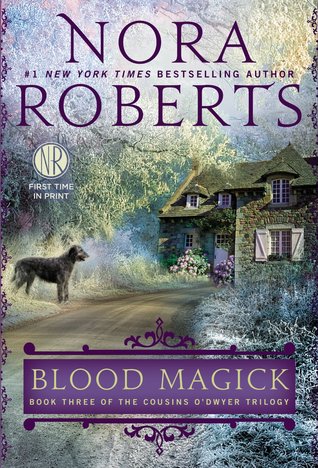 And now that I’m finally finished with TGMTY (at least until my CPs come back with revisions), I’m up to my happy eyeballs in la Nora’s latest, Blood Magick, which I’ve been salivating for since I finished Shadow Spell in March.  I nabbed it on preorder for $2.99 back in the summer, and since the Whispersync audio was available for only $3.49 and I had a $1.99 credit at Audible, that was a no brainer.   It has me desperately wishing for sweater weather  and roaring fires and wanting to put out candles and–well, okay, let’s face it–move to Ireland.  I’ll settle for a million cups of tea.

County Mayo is rich in the traditions of Ireland, legends that Branna O’Dwyer fully embraces in her life and in her work as the proprietor of The Dark Witch shop, which carries soaps, lotions, and candles for tourists, made with Branna’s special touch.

Branna’s strength and selflessness hold together a close circle of friends and family—along with their horses and hawks and her beloved hound. But there’s a single missing link in the chain of her life: love…

She had it once—for a moment—with Finbar Burke, but a shared future is forbidden by history and blood. Which is why Fin has spent his life traveling the world to fill the abyss left in him by Branna, focusing on work rather than passion.

Branna and Fin’s relationship offers them both comfort and torment. And though they succumb to the heat between them, there can be no promises for tomorrow. A storm of shadows threatens everything that their circle holds dear. It will be Fin’s power, loyalty, and heart that will make all the difference in an age-old battle between the bonds that hold their friends together and the evil that has haunted their families for centuries.

What are you reading right now?