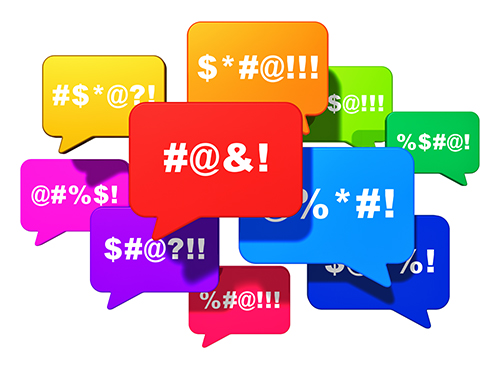 As an author, you know when you put any book out there that somebody, somewhere, isn’t going to like it.  You can’t please all the people all the time.  And that’s fine.  There are readers out there for everybody and everything (as proved by the popularity of the dino erotica, but that’s another matter).  As a general rule, I try not to read reviews.  Reviews are not FOR me, as the author.  Reviews are aimed at other readers–and love or hate, that’s someone’s opinion.  It’s being put out there to help other readers determine whether or not a book is for them.  But sometimes my will power fails, and I’ll go look.  Or see inadvertently when I’m looking at my Amazon ranking.

I’ve had various criticisms lobbed at To Get Me To You (thanks to the recent Bookbub, nearly my widest read work, second only to Blindsight, which has just been out for way longer).

It’s too long/wordy/detailed.  That’s fair.  I did a metric ton of research on that book and because of who the shero was, the specifics of the marketing involved in saving the town were, in my opinion, important to the plot and to the setup of the series arc. That’s not for everybody.

It sounds like another book I read.  I am not the first person to write a small town romance set against a threat from a big box store, nor will I be the last. There are no new stories out there.  Just different ways of telling them.

It would’ve been better without the sex.  We’ll have to agree to disagree on this one.  None of my books are classified as sweet romance, so if it’s a novel, they’re probably hitting the sheets at some point and that’s an important part of the romance arc.  Better that be out there up front, so nobody’s surprised.

It just wasn’t for me.  Dude, that is totally okay!  I try books all the time that aren’t my bag.  Sometimes it’s because it’s just not what I’m in the mood to read that day and sometimes it’s because it would never be something I was into.  There are millions of books out there.  Don’t waste your time reading something that doesn’t float your boat, because hey, this isn’t school and you aren’t being graded for not finishing something.

But the particular criticism that seems to be popping up most often (because several readers have felt compelled to email me about it directly) is my use of profanity in fiction.  And I don’t mean the usual lexicon of four letter words that have, over decades and centuries, been decided are taboo.  The objection seems to be of the “don’t take the Lord’s name in vain” variety.  One review insisted I used Jesus as a cussword.  I still maintain it was an exclamation or a shorthand interrogatory and that Jesus does not have the grammatical variability of a good F-bomb, but that’s personal preference and not something I’m here to debate.  No, the two points I actually want to address are the issue of intelligence and using profanity to sell books.

It is an oft lobbed criticism that people swear because they aren’t smart enough to come up with a better way to say things.  In fact, there have been psychological studies that prove this is not the case.  People who swear a lot are very low in the taboo quotient–meaning they don’t give a damn what society or anyone else says and aren’t going to be held back by arbitrary rules about what words are considered acceptable and what words are not.  I will happily submit myself or any of my foul-mouthed friends in any legitimate vocabulary competition to further prove disprove the assertion that we somehow lack intelligence.

The conclusion of the blistering email I received this morning was that you don’t need profanity to sell books.  I agree with this 100%.  You don’t need profanity to sell books.  And that isn’t why I use it.  I use profanity in my books for verisimilitude.  Because that’s HOW PEOPLE SPEAK.  What those characters swear about and what curses they choose says something about who they are. People swear when they’re angry or upset or when they stub their toe for the umpteenth time on the coffee table.  People swear when they’re impassioned.  People swear.  Period.  Cursing is language. It’s a part of the rich tapestry of life and I employ it with my characters because it’s just another layer of detail that makes them real, makes them relatable.

Now maybe that’s not relatable to you.  And that’s fine.  You may choose not to swear at all.  You may choose never to take the Lord’s name in vain.  You may actually believe that saying “Lord, that person is crazy,” is wrong.  That’s your prerogative.  But it is not mine.  My characters swear.  I swear.  We’re all going to continue to swear, and we aren’t going to change that because it makes you uncomfortable or somehow violates your personal principles.  So please, go ahead and review my book poorly on that front.  Shout it from the rooftops and tell your friends.  Because you are not my target audience, and you’d be doing me a favor in scaring away any prospective readers who share your particular sensibilities.

Meanwhile, may I direct you to Harlequin’s Love Inspired line?  Or their religious suspense?  Or other segments of Christian romance?  These genres actually do have a convention of limiting or eliminating swearing and they may be more to your liking.  You should probably just avoid the other 90-95% of adult fiction entirely.

P.S.  I’m leaving comments on for now.  Feel free to express your opinion, but play nice or I’ll dropkick your butt into the spam folder.

12 thoughts on “On The Subject of Profanity In Fiction”