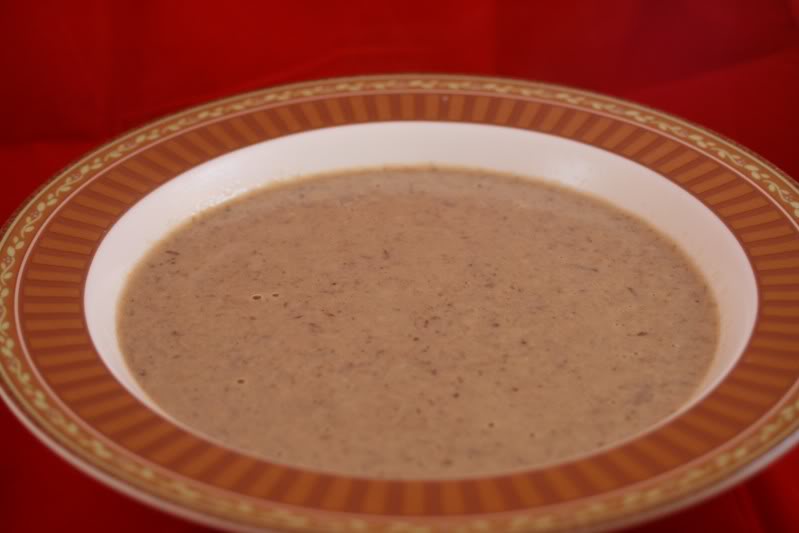 I had a HUUUUUGE SQUEE today because my dear sweet hubby bought me the table top light studio I’ve been lusting after for months.  Now I can learn how to take more professional photographs of my food!

So in honor of the squee, I pulled out the dried porcini mushrooms that I reserve for special occasions and the half pound of crimini mushrooms that HAD to be cooked tonight before they descended into sketchy territory.  And once I got to digging, I found some dried shitakes as well.  Somewhere or other last week I saw a recipe for homemade mushroom soup, and I used that as the inspiration for dinner tonight.  So without further ado, here’s this week’s entry for Souper Sunday, hosted by Kahakai Kitchen.

I wish I’d had some creme fresh to garnish this with because it would be beautiful and tasty, but this was just fine as is.  We added some chives, which provided a nice subtle extra zing.

This recipe on FoodBuzz.