From everything I’ve read about doing mac and cheese in a crock pot, it’s one of those “attempt at your own risk” kind of dishes.  There seems to be a controversy between it turning out beautifully or getting all curdled and mushy.  I will not be here this afternoon while this cooks, so I’m doing it in my 6 quart programmable crock pot instead of the 4 quart recommended for the recipe (because this way I can be sure that it turns OFF).  There also seem to be two different schools on whether you cook the pasta beforehand or not.  I decided not, as I figure I can always cook it MORE if necessary, but I can’t undo mush.  It’s slightly based on my original mac and cheese recipe for stovetop, but is also a hybrid of a lot of other recipes that I read.  Most seem to call for a quart of milk.  I didn’t have a quart of milk.  What I DID have was 2 cans of evaporated milk, and I decided to make up the difference with my babyfood squash (Yay for hiding veggies!) and the 2 eggs.  I thought about adding some other chunky veggies and some turkey sausage to this to make it a full meal, but I figured if it was a disaster, then at least I’ve only wasted the stuff that goes in the cheese sauce and pasta.

The verdict?  Well…the flavor was good.  Texture was…interesting and kinda funky.  It wasn’t too mushy or overdone, but the cheese sauce didn’t have that creamy texture that proper mac and cheese has.  I blame this on the fact that I was not home to stir.  If that kinda thing doesn’t bother you, go for it.  But if you’ve got the time, the real deal is far superior.  I declare this not bad, but definitely not a total fix it and forget it recipe.  Maybe better for a weekend when you’ll be doing stuff around the house and can periodically pop in and stir. 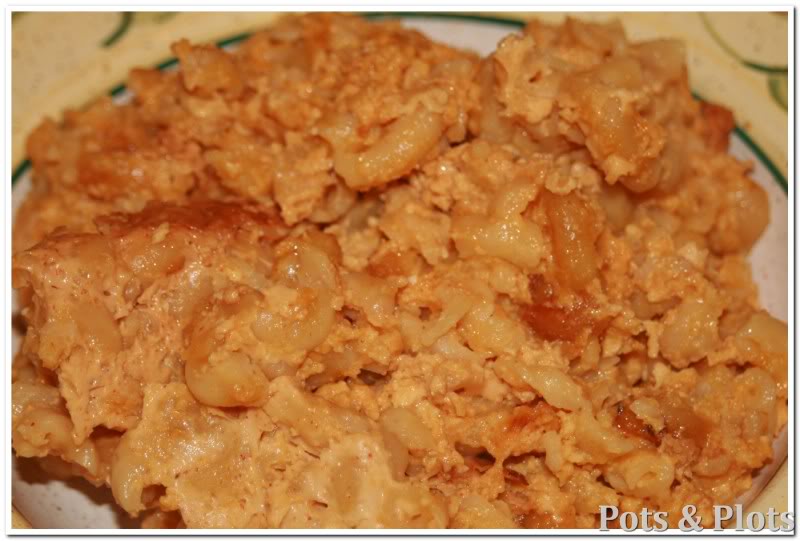