The Challenges Of Publishing Other People

One of the biggest challenges is resisting the temptation during the editing process to inject my own writing style. I had to learn to tell the difference between actual grammatical errors and what were merely style choices of an author. Everyone has their own way of writing, after all. This led to several discussions over different aspects of the stories we chose with Roger (the third owner of Storm Moon Press and my husband), K., and me over what was style and what was true error. It lengthened our timeline of editing from merely two weeks into almost two months.

At the same time, we had to bring the stories that were not our own into line with the general style and feel of what else we release. For instance, two of the anthology authors are from Britain, and their submissions included spelling and punctuation variations that are considered grammatically correct over there, but not in America. We needed to bring all the stories into the same grammar/punctuation scheme so there were no inconsistencies, and this took a great deal of time.

We also had to decide, since it is an erotic anthology, whether or not we were going to contest how genitals were referred to. I think this one was one of the more lengthy discussions, as K. and I felt the use of a word like ‘quim’ to reference the vagina made no sense, while Roger did point out lesbian fiction was not our sandbox and so we couldn’t know if this was a common reference we simply weren’t getting. In the end, we decided to not alter the words the authors chose to use during sexual scenes as it boiled down to a matter of style.

Publishing this anthology took weeks out of our writing schedule. It was a time consuming endeavor that didn’t stop at just editing. Artwork, layout, and marketing also devoured our free hours. When our typesetter sent back the initial proof PDF, it took another four days to comb through the proof to find any additional errors or changes. That was another four days we could have spent writing/publishing/researching our own material but was instead sunk into the anthology.

Our authors have been wonderful, though. They have been prompt in all aspects of the process. Contracts were returned quickly, edits were responded to each time they were sent out, and all the authors happily agreed to help promote the anthology to the best of their abilities. They’ve been the one smooth, pleasant part of this process, and we’ve been honored to work with them.

There was only one additional cost we had to foot when publishing an anthology over publishing our own work: author compensation. In this instance, we offered up to $100 per author for 10,000 words (final payout based on the edited word count), plus two hard copies of the anthology and one PDF copy. This meant up to $400 paid out in author compensation for the four authors we contracted with, and that was a lot of money for the budget. We have one year to make back the investment we spent on this anthology, and we don’t think we’ll make it. That’s all right. This was our first anthology and a vast learning experience.

Our subsequent anthologies (we have two coming out next year, one M/M and one F/F) have a higher payout for the author due to us increasing the length of the contract. This was to ensure we could make money off an anthology, though our anthologies are mainly to make a name for ourselves with other authors. We’d like to, eventually, publish the work of a small (very small) stable of authors in both LGBT and mainstream erotic fiction as well as select non-genre fiction. We will still always self-publish for ourselves, but we feel that does not mean we can’t publish other authors as well since there are many for whom self-publishing just is too much work and expense. 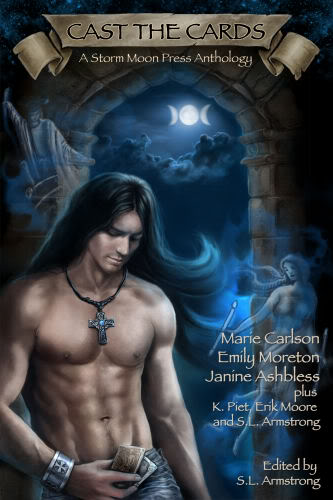 3 thoughts on “Guest Post by S.L. Armstrong and K. Piet”