I used to be obsessed with “Getting it Right” as a writer.  By which I mean that I wrote romantic suspense based around classic police (and FBI) procedurals, and I wanted to be sure I didn’t make some idiotic, newb mistake that would cause anybody in the know to chuck my book against a wall.  Often, I’d get so tangled up in the research that the writing suffered–or didn’t happen at all.  That was part of what sent me back to paranormals.  I get to make most everything up there, so it doesn’t require nearly the level of research.

Still, I’ve been marked by all the stuff I know and have learned, over the years, such that when somebody gets it wrong, I want to metaphorically do some chunking myself.

Example 1: A couple of weeks ago, hubby and I were watching the latest episode of Supernatural. Now I love this show.  It’s creepy, still campy, and it has Dean Winchester.  Nuff said.  Mostly I am happy from week to week as they battle their latest creepy critter, and I enjoy seeing where they go with assorted folklore.  There’s been so much going on lately, I don’t even remember what the episode was about, just that–oh wait, it was the mannequins–anyway, so basically the creepy possessed mannequin stabbed the victim in the neck with scissors or something.  And immediately my husband and I both observed that they got the blood spatter all wrong.  They showed blood spatter for a slashing motion, not a stab.  My excuse for knowing this is all those years of research on homicide and forensics.  I mean, really, I bought myself a copy of Practical Homicide Investigation for my birthday one year.  His excuse…well, he’s married to me, and we have watched a LOT of Dexter. I love that he can discuss blood spatter and not think I’m a lunatic.

Example 2: Last night I was catching up on a huge back log of Vampire Diaries on DVR.  There was a rabid vamp in the episode and they were seriously dropping people dead from a bite after 2 seconds.  It’s physically impossible to drain somebody that fast, and they don’t bleed OUT that fast even from the carotid or jugular.  And it’s not like they had some kind of paralytic venom.  That’s not the mythology the show has established, so it was seriously bugging me.

Example 3: This one is from a book I’ve been trying to listen to on audio–Dark and Disorderly by Bernita Harris.  The book has a GREAT voice, good narrator, and a really great opening–zombie in the bathroom really caught me.  But then she lost me in chapter 2 when she had the heroine empty out the shot in shot gun shells and refill them with salt. I’m sorry, this is an enormous red flag that this woman has probably never even SEEN a real shot gun shell. 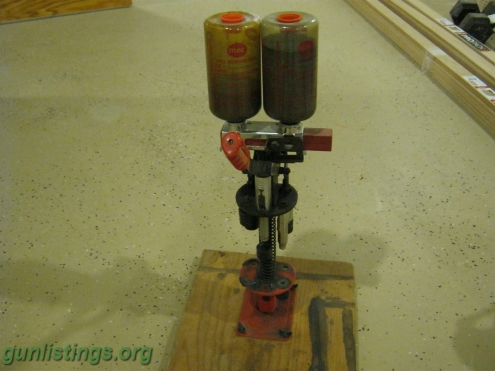 I’m a southern girl.  I spent many companionable hours loading shells with my dad–and yeah I knew how to use them.  Was a better shot than most of the boys my age back then and was even featured in the local paper.  Oh the embarrassment.  This did not help my dating career in high school.  I digress.  The idea that she could pry open a shell with her fingernails, dump out the shot, pour in salt, and close them up again is ludicrous.  It’s a misfire waiting to happen.  There are METAL MACHINES that do all this (even manual ones like Dad and I used).  You have the shell casing.  You either have a fresh one or an old one, where in you do one pass to punch out the used primer and add a new one.  Move to the next station where you do one pass to get the gunpowder in, flip a lever.  Next station do another pass to jam in the wad (this is a plastic bit that separates the gun powder from the shot), flip another lever.  Next station, add the shot–whatever gauge you’re using, flip another lever and do one more pass for the machine to fold in and crimp the top tightly enough that nothing falls out.  Which means that without the use of tools that would destroy the shell, the author’s scenario just wasn’t gonna happen.  Admittedly MOST WOMEN aren’t gonna know this (and had my father had a son instead of a daughter, maybe  I wouldn’t have either), but still, it was a problem for me, and I haven’t gone back to finish the book.

What makes you turn off a show or toss a book?

22 thoughts on “Getting It Right”