When I made my declaration this weekend that starting today, I would get up EARLY to try and get my words in before work, you might have imagined that I’d be dragging my fanny out of bed at 5 o’clock.  Do you not know me at all?  I normally get up at 6:15 and that’s hard enough.  We’re going in baby steps.  Hubs usually gets up at 5:45, so I determined that I’d get up when he did, which should give me a full hour to write after I finish morning routine stuff. 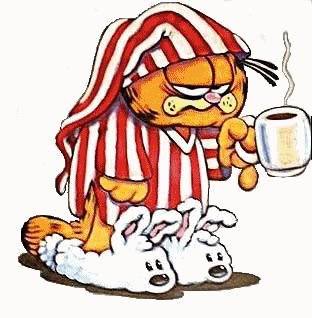 I don’t know for sure, as my eyes weren’t actually working, but I don’t think he woke me up until 5:55.  He had a bad bout of insomnia last night and was already up, so probably didn’t look at a clock until then.  Because otherwise, it somehow took me a full 12 minutes to shuffle into the bathroom, pee, put in my contacts, and change into my workout clothes.

Then came the shuffling in the kitchen to throw together hubby’s lunch.  Shouldn’t take more than 5 minutes.  Apparently took longer.

So then I go move the coffee table and turn on the Wii, but have to wait until hubs gets his stuff for work so that he’s not having to step over me (my plan really hinged on him being in the shower during this portion of the morning). 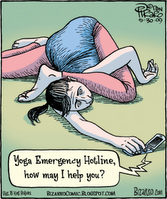 Then I finally get started on the workout.  I don’t know whether I just hit the next difficulty level or if there are just that many more exercises to be done on the balance board, but the workout itself was longer, with new stuff that I had to watch the tutorial for.  And I can definitively say that sun salutations should not be done on a balance board.  There is NOT ENOUGH ROOM for BIG FEET and hands.  The rest of the exercises went okay.  By my calculations, I SHOULD have been DONE with my workout BEFORE hubs left for work at 6:45.  I wasn’t.  It was 7 by the time I hit the meditation portion of the program.  Ten minutes.  Which was another epic fail because I had to get up to turn off the fan.  Then to turn off the dishwasher (the blasted thing seems to turn on every time you shut the door, whether it’s time to run or not).  Then to get up and grab my snuggie and a pillow because I was lying on the floor in corpse pose right under the arctic blast of the AC vent.  And of course the Energizing meditation really wound up being more like a 7 minute nap for me, which really defeated the purpose because then I wanted to go back to bed.

At that point I was running late.

So I snagged my shower, fixed breakfast, and sat down to write.  I managed 78 words before I realized I was back off schedule, and raced to get through the rest of the getting ready routine and wound up being late for work.  Again.

How is it that I got up 30 minutes early and wound up losing 40 minutes?

I conclude I somehow entered a time warp. 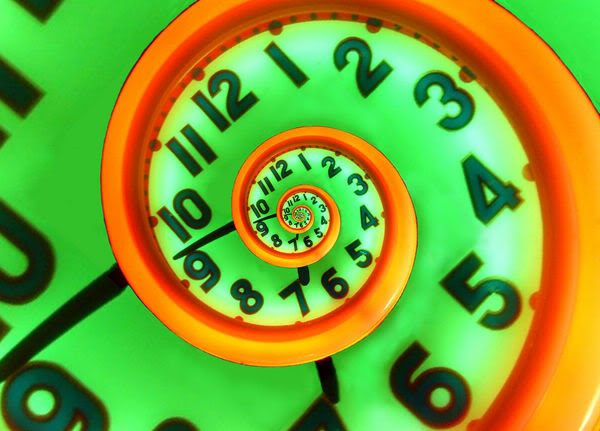 To expedite things, I’ll prep as much as I can of hubby’s lunch before bed tonight and actually set my alarm to make sure I’m really out of bed at 5:45 tomorrow.  And it would help A LOT if I take the time to figure out where I’m GOING next with the scene BEFORE bed so that there isn’t the additional staring at the page where the hmmmm turns into zzzzzz.  So we’ll see how it goes tomorrow.  I’m giving this whole thing a week.  If I’m not managing to produce words by the end, I’m not getting up early.  Because, let’s face it, I am a thing to be pitied when I get up in the morning.

8 thoughts on “The Dark and Early Report: In Which I Enter A Time Warp”