I came across this recipe for spaghetti squash pizza on Pinterest and was immediately intrigued.  Spaghetti squash as a CRUST?  Really?  Well I tried it.  It wasn’t bad.  But I thought it was a bit to quichy to classify as pizza, so I did some adaptation.  The end result was a single serve pizza that was incredibly filling at only 347 calories and 15 grams of fat.  It’s low carb, gluten free, and just the thing after all the excesses of the holidays. 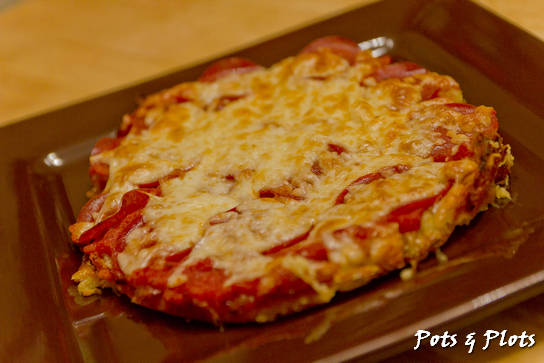 One thought on “Spaghetti Squash Pizza”