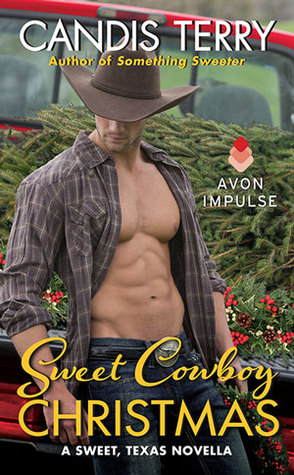 I have been enjoying getting the chance to read a bit more as I’ve juggled revisions.  In the name of getting myself in the proper mood for decking out my mom’s house for Christmas this weekend (OMG, it’s SO EARLY), I’ve been targeting Christmas novellas.  I had the extreme good fortune to receive an ARC of Candis Terry’s Sweet Cowboy Christmas.  Which I totally blew through at the speed of light.  I’m such a fan of this series, and I can’t wait for  Book 4 to come out in January.  This story was EXACTLY what I needed to get myself out of Scrooge mode and into the holiday spirit. Chase Morgan is a sexy Texas-bred ad exec who comes home to the Lone Star state for a new lease on life. When big-hearted philanthropist Faith Walker falls–literally–into Chase’s arms, it’s the start of a fabulous holiday romance that’s sure to banish the bah humbug and leave you salivating for more of the cowboys of Sweet, Texas. Also, Shelby’s cinnamon apple pie…  Sweet Cowboy Christmas officially releases November 25th, so you’ll get it just in time for Thanksgiving. 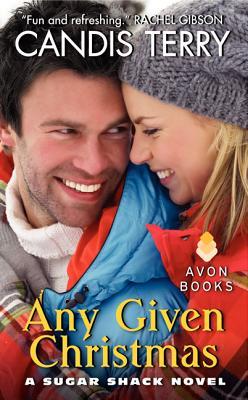 Sticking with my love of Candis Terry, I also went back and read the second  in her Sugar Shack trilogy.  Any Given Christmas focuses on Dean, the brother.  And, come on, how can you not love a matchmaking ghost?

Dean Silverthorne’s mother may be dead, but she still has matchmaking to do.

When an injury dashes NFL Quarterback Dean Silverthorne’s Super Bowl dreams, he heads back to Deer Lick, Montana with a chip on his wounded shoulder, more determined than ever to get back in the game. He loves his kooky family, but this trip home is going to be a very brief Christmas visit.

His game plan doesn’t include an instant attraction to Emma Hart, a feisty kindergarten teacher who seems to be the only person in Deer Lick not interested in the hometown hero. Or his dearly departed mom popping up with mistletoe in hand and meddling on the mind. Now Dean can’t help but wonder if there’s more to love than life between the goal posts. 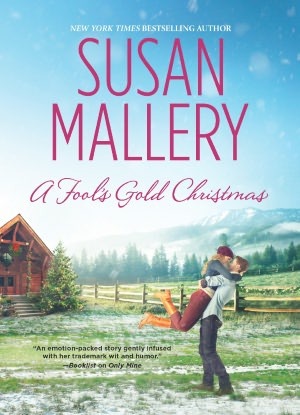 And continuing the Christmas vibe, I read Susan Mallery’s A Fool’s Gold Christmas, which was sweet and made me want to watch The Nutcracker.  I’m pretty sure every single prior Fool’s Gold shero either has or is about to pop out a baby in this one…There’s something in the water.

The unrelenting cheer in Fool’s Gold, California, is bringing out the humbug in dancer Evie Stryker. She learned early on that Christmas miracles don’t happen, at least not for her. And this year seems like no exception. An injury has forced her to return to the family fold, no matter that they’re estranged. She won’t add to the awkward scenario by being seduced by the bad-boy charms of her brother’s best friend, the last man she should ever want to date. Even when she’s recruited to stage the Fool’s Gold winter festival, she vows to do as promised, then move forward with her life anywhere but here.

Jaded lawyer Dante Jefferson is getting used to the backwater town he now reluctantly calls home, but the pounding of little dancers’ feet above his temporary office is more than any man should have to take! When he confronts their gorgeous teacher, he’s unprepared for the attraction that sears him down to the soul. Evie is his best friend’s sister–off-limits unless he’s willing to risk his heart. Dante has always believed that love is the most dangerous force in the universe, but that was before he had to reckon with the magic of a certain small town, where miracles do seem to happen.