So earlier this week I made bruschetta with roasted red peppers, tomatoes, and goat cheese for a small dinner party I was hosting. It was such a hit, I made a second batch for hubby and myself last night (and to save myself some work, I used a can of drained, diced tomatoes–I still think the fresh are better, FYI). I had the last of the bread with the bruschetta for lunch today, but I still had about half a cup of the topping remaining. So I decided to do some creative tinkering in the kitchen to see what else I could come up with to do with it.

Naturally, I wound up making pasta–because, let’s face it, almost everything is good on pasta in some form or another.

It’s not really a pretty dish, but it was definitely tasty. 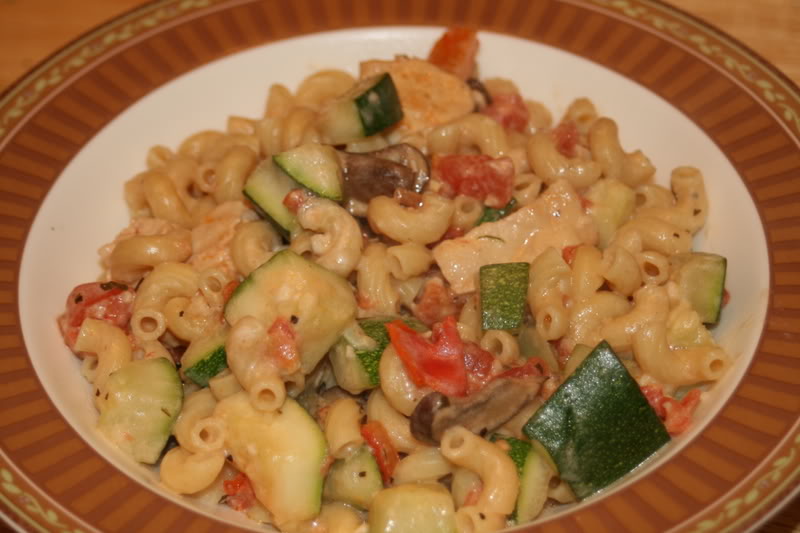 4 thoughts on “Second Time Around: Bruschetta”