A couple of months ago–maybe longer now–The Pioneer Woman posted a recipe for sesame noodles over at her blog.  The moment I laid eyes on the recipe I knew I absolutely HAD to try it.  So I bookmarked it and it sat for a while.  Then one night last week when I was on my own (courtsey of band practice for hubby), I decided to give it a whirl.  I figured if it tanked, it’s much easier to fix a second dinner for just me than it would be for both of us.  But it definitely didn’t tank.  These noodles were AWESOME.  I really want to tinker some with the recipe to see if I can lighten it up a bit (with all that oil, I didn’t dare calculate the fat and calories), and when I do, I’ll report the results here, of course.  But for now, I followed her recipe almost to the letter.  So for this week’s Presto Pasta Nights, hosted by Ruth herself, I give you Sesame Noodles.  Mmmm. 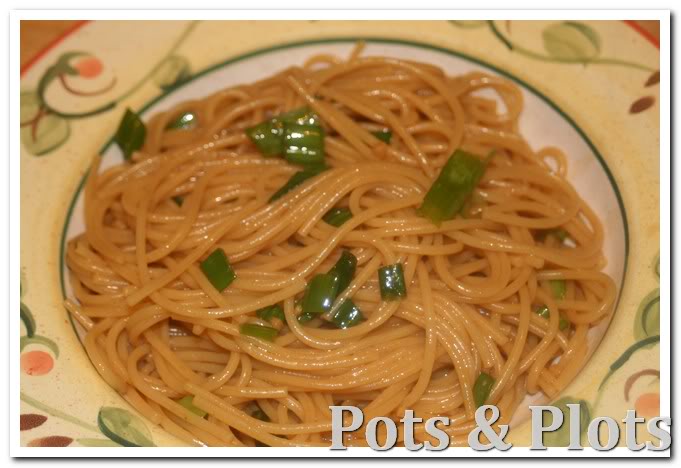 One thought on “Sesame Noodles”