Living in the south, I’ve grown up eating chicken salad.  It’s a staple in the summer, one which I’m very picky about, as most are laden with mayo (which we’ve already established I don’t do) and absolutely awful for your diet.  But I stewed a whole chicken in the crock pot last week in preparations for a soup I never made, so I had to figure out what to do with it.  I don’t know why I decided to put sun-dried tomatoes with it, but I’m very glad I did.  The result (with some other stuff) was a light and tangy chicken salad that made a fabulous sandwich on ciabatta bread. 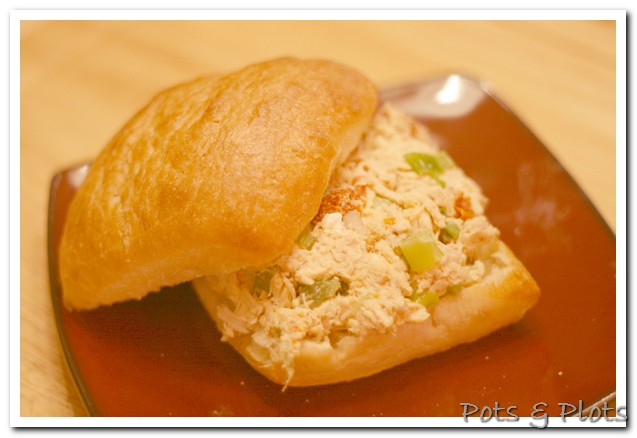 One thought on “Tangy Chicken Salad”