First, I wanted to say a GREAT BIG THANKS to Kait for hosting me today, and for all the help she’s given me in getting my novella, Malakh, out for public consumption.

I was entertaining the idea of talking about why I chose to make the novella about angels. In fact, yesterday I wrote almost a full page about it—single-spaced—but when I sat down to complete it, I gave it a quick read through and realized it sucked. So rather than put you through the agony of reading what even I didn’t want to read despite the fact that I wrote it, I decided to talk about writing in someone else’s rut.

We’ve all seen it. For instance, a blockbuster vampire series hits the shelves, and suddenly vampire novels are popping up like dandelions. By the time the subject reached maximum saturation (are we there yet? are we there yet?), I was ready to stake all “good” and “bad  vampires alike. And the poor readers, with twitching limbs and vacant expressions and blasé attitudes: Oh. Another vampire novel. I guess I’ll buy it because that’s what’s popular these days.

Let’s talk urban fantasy. I fully admit the Urban Fantasy Train left the station without me even being aware of its presence in the depot. I became aware of the genre when I started querying my simple romance novel, Office Politics. It seemed everyone in the literary world was looking for kick-ass heroines who take lovers with supernatural abilities. WHAT??? There’s no room at the inn for my quirky, accident-prone heroine and her ill-fated love for her boss and her love for enormous quantities of tequila?!?! REALLY???

All the writers around me were pumping out action-packed prose with political agendas and government adversaries and impossible conflicts. So I decided to write my own. I could do it; I can write just about anything. Four aborted attempts later, I had to admit that perhaps urban fantasy isn’t for me. I tossed all attempts into File 13, which is what I’d name my Recycle Bin if Windows would let me. I know there are writers who tell you never to throw any of your writing away, but trust me, it’s better this way. The free world will thank me someday.

I couldn’t accept that the Urban Fantasy door was closed to me. I was determined to find a way. And then I happened upon a Bible verse while doing a search for …something, anything to spark my creative juices. The Sons of God saw that the daughters of men were beautiful, and they married any of them they chose.

The Sons of God. Now I know there are a scant crap-ton of angel novels out there; I’ve even read a few of them. But I was determined not to write in someone else’s rut. I had a heroine—broken and flawed, the victim of her own selfishness and bad decisions. She had no special powers…but what if she once had? What if she’d lost them when she lost her lover? And who better to give those powers to her but an angel? But why she did lose her lover? Aaahhh, what if…what if he could no longer resist the compulsion to murder? Now we’re talking. Finally…finally…I was able to progress past writing half a chapter.

I started Malakh two and a half years ago, but have spent maybe two full weeks total writing it. The story flowed with no obstructions, no hesitations, and best of all, no doubts. And I know why: I pulled myself out the rut, also known as the current trend. Don’t take that wrong; what works for someone else—the tough-as-nails heroines, sublime superhuman lovers, politics and intrigue—doesn’t necessarily work for everyone. And if you try to force a fit, you’re not being true to your writing voice—and worse, not being true to your readers. You owe it to yourself and your readers—and your hard-working muse (assuming you have such a thing; mine is pretty much a lazy biotch who is absentia most of the time)—to write true. Write what your heart wants to write, and let your head handle Research and Other Mundane Tasks.

My point being, when it works, it works. And when it doesn’t, don’t try to force it, or you’ll be filling that File 13 to the brim with failed attempts.

Malakh can be purchased at Smashwords, Amazon, and Amazon UK, for the low price of $.99 through April 30. 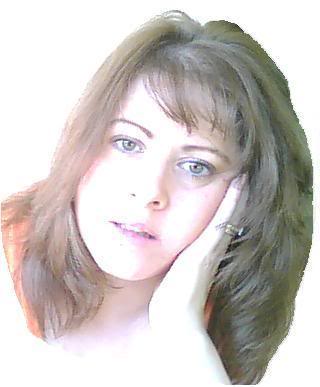 Sharon Gerlach was in training to be a ninja, but a dismaying lack of physical grace and balance—not to mention the inability to keep her big mouth shut—ended her ninja career before it had really begun. Now she writes. She doesn’t write about ninjas because that’s obviously a sore subject. But she writes about other really cool things and figures someone else will cover the ninjas. Life’s really not all about ninjas, anyway. Sharon lives on the dry side of the Pacific Northwest with her husband (who must really be fond of her as he hasn’t left her yet despite her ninja failings); two of her three kids (none of whom possess ninja qualities either); and a Border collie who suffers the presence of seven cats. Yes, you guessed it—ninja cats!

Malakh is her first published work, with two women’s fiction novels to be released in late 2011. Be sure to check Running Ink Press’s website [http://runninginkpress.com] for information on upcoming releases.

12 thoughts on “Writing in Someone Else’s Rut: A Guest Post by Sharon Gerlach”