Doing my Three Awesome Things a day early this week since tomorrow is Thanksgiving.  Have a GREAT ONE everybody!

So this guy recorded crickets and slowed the sound down to the length of a human lifespan.  It sounds like an angels chorus!  Very cool!

So often Christianity is used as the club with which to beat those who are different, who don’t agree with the status quo.  More people have been killed, abused, or discriminated against in the name of God than nearly anything else, usually by taking a passage of scripture completely out of context in order to change the meaning.  So to see this pastor standing up for LGBT folks and using Christian values to do it just arms the cockles of my heart (what the heck are cockles?   Anybody ever wonder?)

Also in the realm of awesome, my friend Inez Kelley has a NEW RELEASE this week.  Take Me Home is the first book in her Country Roads trilogy.   C’mon, it’s sexy lumberjacks.  What’s not to love? 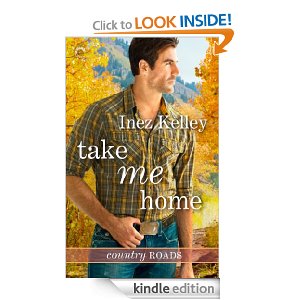 Logging manager Matt Shaw is wary when Kayla Edwards, the owner of Mountain Specialty Spices, hires his firm to harvest timber on her Appalachian property. It’s a place he knows better than the back of his calloused hand—it’s his family’s old homestead, lost years ago in a painful foreclosure. He’s hauled himself up from dirt-floor poor since then, and resolves to stay professional…but Kayla’s vivacious beauty makes it hard to focus on his job.

Home. That’s how army-brat-turned-foodie Kayla feels about her new mountain hideaway. What’s more, the hottest lumberjack ever to swing an axe has agreed to manage her timber crop and get the old maple syrup operations back on tap. Matt’s ruggedly sexy ways and passion for the land have her falling hard.

The heat between them grows wild…until Kayla discovers that Matt hasn’t been up front with her. She feels devastated and, worst of all, used. How can Matt prove it’s her he wants and not her land?

One thought on “Three Awesome Things”