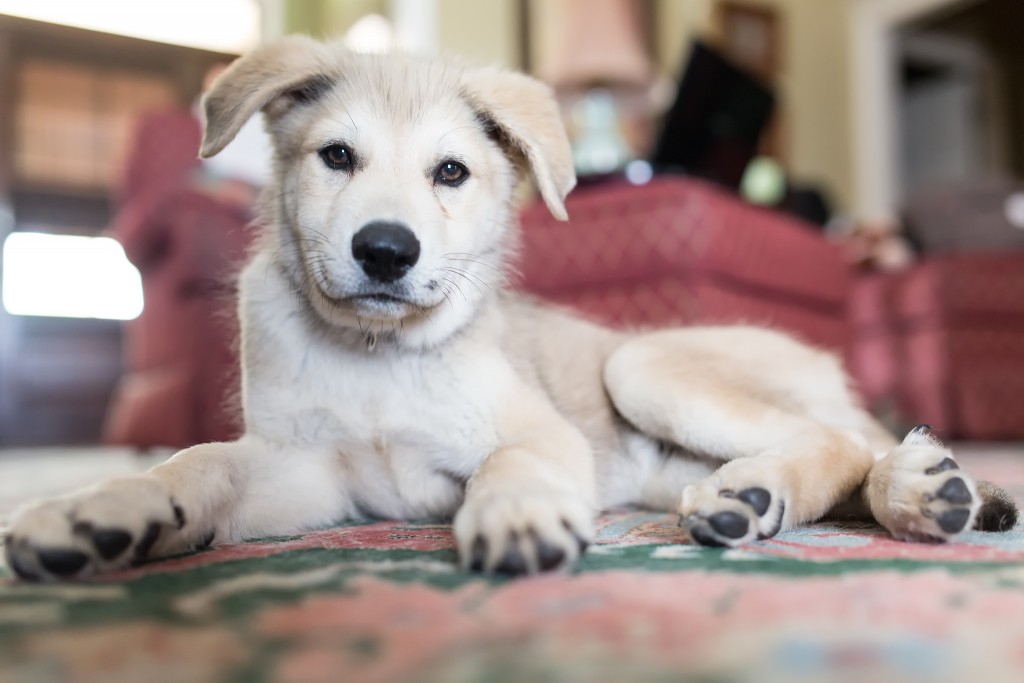 So last week was unabashedly awful.  We cried a lot.  I apparently made a bunch of other people cry with my post.  Sorry about that.  But I’ve found some peace with the whole situation.  She had a long, VERY well loved life and I know we did absolutely every single possible thing that could be done for her (and I’m grateful we didn’t have children and could afford it).

We’re a rescue dog kind of family, so Sunday and Monday we (by which I mean hubby, myself, and Callie) met 3 Great Pyrenees mixes from Grassroots Animal Rescue, whom we’ve fostered for before.  We particularly were interested in the pyr mixes because Callie herself is a Pyrenees/Malamute mix and she’s the most chillaxed, awesome dog.  That sort of temperament really suits our lifestyle.

The first little girl was sweet, even tempered, pretty calm but I didn’t feel any real tug.  But the two brothers we met Monday…OMG.  Pyr/Husky mixes.  As soon as this guy crawled into my lap, I was a goner.  And then his brother crawled up, too, and for fifteen minutes I was insane enough to consider bringing them both home.  DOUBLE PUPPY LAP CUDDLES.  And then I remembered that these adorable balls of fluff will top out around 75-80 pounds and added to our already 110 pound dog…I wasn’t going to be able to manage all that without attaching them all to some kind of sled.  Not whatcha call practical in Mississippi.  So much as it pained me, I split the brothers up and brought this one home.  I’ve never had a boy dog before, so I’ve saying “she” and “her” all over the place. 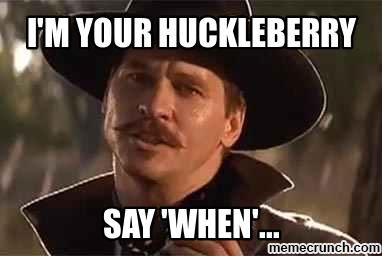 In an homage to Daisy, we’ve named him Huckleberry, Huck for short.  If you do not immediately get the reference, go and watch Tombstone post haste.  Great movie.  He was Hank at the rescue, so we figure that’ll be similar enough he ought to be able to learn his name quickly.

Hubby managed to catch him still for long enough to take a decent picture.  Most of mine are blurry, with him streaking toward me to kiss the camera.  He loves kisses.  And laps.  And snuggles.  And even his new big sister, who keeps rolling her eyes and giving me this pained “Mooooom!” look.  Yes, Callie, big sisters the world over have that look for their little brothers.

So far, he’s a chill little dude.  Likes his crate (he already had a head start on that with his foster mommy).  Was quiet overnight and even while my hubby (now on night shift) was sleeping today.  I think we have a winner!  Daisy would approve.

8 thoughts on “I’ll Be Your Huckleberry”