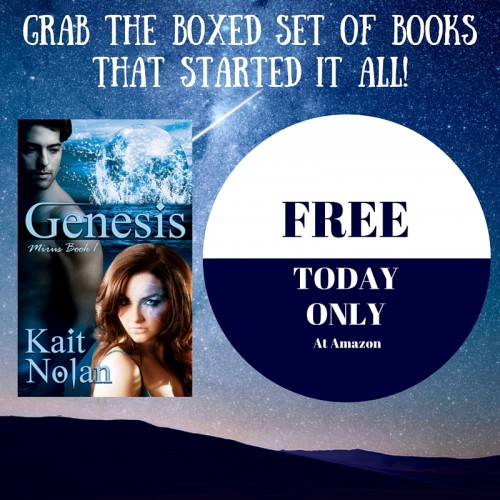 I’m surfacing from a serious Hell Week at the Evil Day Job in the wake of getting a grant out the door and trying desperately to catch up on all the OTHER stuff that had to slide in order to actually do that.  My to do list makes me tired just looking at it (so, naturally, I’m procrastinating before actually MAKING all those phone calls because I’m not done caffeinating and don’t actually want to talk to a human).  The whole thing makes me so grateful that this isn’t my normal anymore.  It has been in the past.  Since my job is grant-based soft money, we’re always working on different projects.  Some projects have sucked more than others (doing field research is not for the faint of heart).

Given that writing is as much escape for me as reading, at the height of the suck in my Evil Day Job was when I came up with the concept for my Mirus series.  Short of going off-world in some kind of space opera or entirely into another world in fantasy, my Mirus world was about as far as I could get from real life.  I didn’t have a clear idea of the end when I started.  It was this big, sprawling playground.  I had in mind a bunch of loosely connected standalones, and that’s what I wrote…a lot of introductions to different aspects of the world, with intentions of following up.  But that got harder as the world expanded.  I started feeling uncertain, not knowing how things were connected and reluctant to commit to anything plotwise until I did.  And then I fell back in love with contemporary romance and the world went quiet.

But, as I said, it’s escapism at it’s finest, so, it’s actually not entirely surprising that given the mental toll this week has taken, that world has started speaking for the first time since I released Riven two years ago.  Despite the fact that I haven’t actively done anything with my series bible since Riven, apparently my unconscious has been at work.  Yesterday morning my brain decided to spew forth the missing metaplot, like an eruption of Old Faithful.  Or, you know, a geyser less reliable than Old Faithful.  So I spent my morning off making frantic notes about everything that I’d documented in the Mirus world (in the stuff I’ve already written), all the stuff I knew was coming, and a few things I hadn’t known at all but were the missing link.  And there are ten more books to make that happen.

Now, I have no idea when they’re going to get written.  Seriously, my production schedule would keep me busy for 15 or 20 years writing full-time…and I don’t get to write full-time.  If I’m REALLY LUCKY, in a year or two I’ll be able to drop back to the one full-time Evil Day Job.  Meanwhile, I’ve got various irons in the fire already on the contemporary romance front that I’m not pulling out.  But it’s worth saying that the Mirus series was not willing to go quietly into that good night.

In light of that, I’ve got Genesis, the boxed set that includes Forsaken By Shadow, Devil’s Eye, and Blindsight available on Amazon FREE for TODAY ONLY.  So if you haven’t tried the series yet, now’s your chance.

2 thoughts on “Back From The Dead and FREE BOOKS”