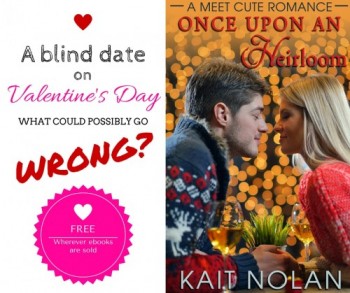 Clearly I am just not in a blogging frame of mind.  The longer I’m at this, the more I get immersed in whatever book I’m writing, until writing Other Stuff just…doesn’t enter my consciousness.  Until I surface and need to start digging out the house again.

While I am approaching the end, I have not finished Just For This Moment yet.  I’d hoped to this weekend.  And I did a read through from the beginning, adding about 4k words (in addition to the nearly 9k I wrote during the week), filling in various gaps and finishing the scene and a half I’d skipped over.  After a marvelous and enlightening conversation with Ekaterine Xia (who is delightful), I ended up with a much clearer understanding of my hero and shero’s inner wounds and how they play off each other (and therefore break things in Act 3).  So I’m on a crusade this week to weave those details in a bit better (which will involve axing one scene and writing a new one), and finishing the last two scenes.  And then it is off to The Pink Hammer.  After that, I’ll be going head down working on novella revisions for the Wishful holiday novella I ripped out in December, making some tweaks to the anthology novella coming out in (we think) April, and finishing out the outline for Book 2 in my Sooper Seekrit Project.  I’ve been very much looking forward to the latter.

I’m not quite a week done with Whole 30 and still noticing impacts I hadn’t expected.  Most of my cravings have disappeared.  I was offered donuts this morning and didn’t even blink or want them.  They just didn’t sound good.  I still get hungry, but it’s not with that ravenous, I could chew off my own arm kind of hunger that I had before.  I learned last night (when we had paleo calzones made from Predominantly Paleo’s yuca dough–they were kick ass, in case you were wondering) that I can’t eat store bought marinara anymore.  It doesn’t taste right.  There’s some weird…twang.  I’m noticing a lot of weird after tastes in the small amount of semi processed food I’ve had the last week.  I guess that’s what happens when your taste buds are no longer blunted.  So it looks like this whole sticking with Paleo isn’t going to be as hard as I thought it might.

In other bookish news, I’ve got some FREEBIES!  As you can see above, Once Upon An Heirloom is free in honor of  Valentine’s Day.  Everett remains one of my favorite heroes.  And you just might see him and Sylvie again in Book 1 of the Sooper Seekrit Project.  I’m just sayin’.  Also free right now is Once Upon A Snow Day, my first Meet Cute Romance.  And as always, my permafree one, Once Upon A Coffee is still hanging out.  So if you haven’t tried a Meet Cute Romance, this is a good time to nab 3 of them for a great big goose egg.  They make for great lunch time or afternoon coffee break reads.

One thought on “Approaching The End”