I actually have a mini-streak going with consecutive writing days right now.  Not huge numbers, but that’s not really the point just now.  Sunday: 509, Monday: 551, Tuesday: 400 (which was a minor miracle given all the work disaster phone calls I had to deal with after 5).

This has been one of the biggest challenges this year, apart from the life stuff.  This nightmare project (which makes me totally want to crawl into a hole until December, when it’s finally over), involves field personnel being out doing their jobs after normal business hours.  As the project coordinator, I am permanently on call should anything arise.  And because this is the nightmare project, that means I’m getting calls after 5 on an almost daily basis interrupting my writing time with crap I have to try to deal with remotely, which is not only a pain in the butt and a distraction, it’s a massive stress because of just how BAD this project is going.  To the point that my measure of writing success this year is not number of releases, not number of manuscripts finished–it’s still showing up to do this, even though it would be easier to quit.  Because quitting would make me miserable.

The whole concept of showing up and still doing it, even though it kind of sucks, is a thing.  I was talking to Mhairi this morning about this in context of running.  Because right now it is freaking AUGUST in MISSISSIPPI.  I did Week 6, Day 2 of C25k this morning in 96% humidity.  And it effing SUCKED.  It was like breathing underwater.  (Aside: Surely you burn more calories when your lungs have to convert water to oxygen!)  And Mhairi, who lives in glorious England where it doesn’t GET that freaking hot in the summer, asked why I didn’t just wait until it was cooler and do intervals on my exercise bike in the meantime.

Because I’d have to start over.  I’m actually in really great cardio shape for biking (stationary anyway) and other stuff.  None of that makes a whit of difference to running.  Nothing makes you get better at running except more running.  And if I only ran when the weather was pleasant, that would put me running about 5 months out of the year.  Because, I repeat, this is MISSISSIPPI, where we have 6 months of summer and usually one or two more months masquerading as such.  Our eating habits are only part of why Mississippi is the fattest state in the union.  Nobody really WANTS to do anything outside when it’s hot and humid.

But right now I have something to prove.  To myself anyway.  I’ve got vague thoughts of crucibles and diamonds and crap spinning through my brain. 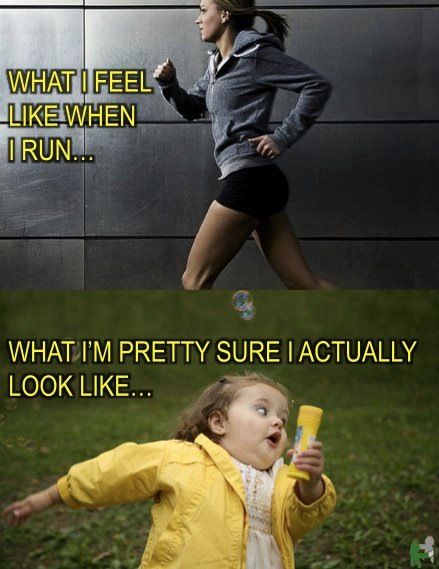