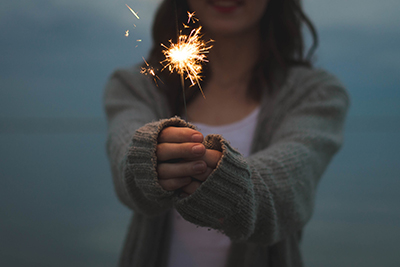 It really won’t feel like the new year for me until Monday, when I dive into the new/old routine that is daily life.  I’ve enjoyed my holiday, gotten some rest and some quiet.  Done some reading (knocked out Tawna Fenske’s latest, The Fix Up and Tara Sivec’s Seduction and Snacks, both of which were flipping hilarious and awesome).  Finished writing a Wishful holiday novella (which I’ll release next holiday season).  And dove into a new project.  But I miss being in a routine.

I spent some time yesterday deciding on a new weight lifting program to kick off the new year (the Fat Loss program from Beautiful Badass by Nia Shanks, FYI).  I am ready.  I feel like a slug.  Other than walking the pups, I haven’t exercised in two or three weeks.  I found some beginner tai chi on Amazon Prime that I might take for a test drive later today.  I’ve always wanted to learn tai chi.  I have no idea why except it always looks so…calm and soothing.

My kitchen is FULL of veggies and fruits and healthy food in preparation for starting our Whole 30 on Monday.  I’m feeling so frigging bloated and UGH after holiday eating, I am READY.  I’ve been batch cooking for a week to get some things done.  Fresh, homemade marinara.  Four pounds of Whole 30 compliant sausage patties in the freezer.  Two pounds of venison meatballs.  I’ve been going through and indexing all my Paleo cookbooks and planning out the wazoo in Evernote (I’ve made that notebook public in case you get the urge to take a peek).   I’ve got all kinds of lists, recipes, and even a 30 day menu plan for breakfast, lunch, dinner, and snacks.  I know perfectly well that will change as I try out new recipes (like the spaghetti squash fritters from Well Fed 2, which are a new favorite) and see what’s on special at the grocery store, but this takes the guesswork out so that there’s never any staring at the fridge trying to think of what to fix.  I’ve even got a whole section with recipes I tracked down for Whole 30 compliant versions of all my hubby’s favorite condiments (note to self: must make ranch this weekend).  The lack of availability of compliant bacon is sad, but we shall prevail.

Post Christmas, I bought myself a copy of Paleo Takeout (and OMG, the number of Chinese dishes I can’t wait to try once Whole 30 is over…) and Practical Paleo.  The latter is enormous, much bigger than I was expecting.  I always feel good about buying a cookbook that’s heavy enough to bludgeon someone in a pinch.  Makes me feel like I’m getting my money’s worth.  In this case, it’s so big and fat because it’s got one of the most comprehensive explanations of the science behind the whole Paleo diet, along with a metric ton of custom menus for all kinds of medical conditions.  If you’re considering going Paleo and really want a good understanding of what’s behind it, I highly recommend this book.  And then go pick up a copy of Down South Paleo, as it is the most accessible and full of comfort foods (that are still healthy and Paleo compliant!) of all the Paleo cookbooks I’ve tried.

Since I started learning all this stuff about nutrition and the food supply and the idea of healing through food back in 2010, when we figured out hubs is gluten intolerant, it’s really changed how I think about food.  There are things I’ve learned that, frankly, sometimes I wish I could unlearn because it makes my stomach turn [click any of the following at your own risk–you can’t unsee this stuff] (like the primary ingredients in grocery store chorizo, or what they use for “vanilla flavoring” in ice cream that doesn’t actually specifically list vanilla bean–GAG).  I am now terrified of anything that lists just “natural flavorings” in the ingredients–because the stuff the FDA allows to fall under that heading should never be approved for human consumption.  But apart from the serious gross me out side of things, I’ve learned how food science has mucked around with huge chunks of our food supply in ways that the human body has not evolved to handle.  Hence the enormous rise of adult onset food allergies in the last decade.  There’s all this pseudoscience out there that’s accepted wisdom in terms of what constitutes a healthy diet–which plays in to the enormous reliance on grains in the standard American diet–in the form of wheat, corn, and soy–all of which have been genetically modified (in the US anyway, where such things are not required to be labeled) and do really bad things to our bodies.  There’s been a corresponding rise of all kinds of allergies and medical conditions that are linked to inflammation that goes along with the increasing use of all these things in all foods.  Seriously.  Look at the ingredient label on anything that has ingredients.  They put wheat, soy, corn, and their derivatives (not to mention sugar and unnecessary salt) in EVERYTHING.  Because they are a) appetite enhancers, making people eat more (because Americans need to do that, right?) and b) fillers.  And it’s not just correlation research.  There are lots of scientific studies out there providing strong evidence of the link between things like our high ingestion of Round-up Ready wheat (did you know you were eating weed killer with your daily bread?) and leaky gut syndrome.  The reason you haven’t heard about it?  Real science doesn’t have a multi-million dollar ad campaign budget to disseminate its findings.  So you’re seeing all the big money ads from big food, lulling you into thinking that everything you’re eating is safe.

Anyway, I’m not actually here to give some kind of lecture on how everybody should go Paleo or whatever.  That’s completely a personal choice.  What I was working my way around to saying is that I really dig the idea of healing your body through food–REAL food–whole ingredients (fruits, vegetables, meats)–instead of through a bazillion medications.  It makes me feel like I’m getting less chemical junk in my body.  And it seems like almost every Paleo cookbook author out there has a story of some health condition that was dramatically improved by changing their diet.  I’m sure everyone’s mileage may vary, but feeling better is a good thing in my book.  I know one of the biggest objections to Paleo is the cost–because whole hog Paleo means organic, grass-fed, non-GMO everything and no question that is hella expensive.  The approach that I (and several of the cookbooks I’ve read) take to the thing is you do what you can.  If you can’t afford the organic, grass-fed meat, buy the leanest cuts you can afford, trim off the excess fat (where a lot of the ick is stored) and that’s still better than ground chuck loaded with growth hormones or whatever.  The point is to focus on REAL FOOD that doesn’t, in and of itself, have ingredients.  An apple is just an apple.  It’s not the dried kind that’s loaded with sugar and God knows what else.  Eating real food instead of processed crap is going to lead to improvements for anybody!

In her recent post about bidding adieu to the old year, Ava Miles talks about a little ritual she has of writing down the stuff she wants to manifest in the new year.

The new year is always a time of reflection for me. Some days ago, I began the process with a list of all the things I was grateful for. The list topped out at three pages front and back. Hurray! Then I moved on to all of the things I didn’t want to bring forward, things like self-doubt, fear of the future, limiting beliefs, grudges, etc. You know what I’m talking about. Lastly, I picked up a fresh piece of white paper and began listing all of the things I wanted to have the Universe bring me this year with the caveat I now include with everything: “this or something even better.” I carry things over from year to year, sure, but I keep believing in them, keep sprinkling fairy dust on them, waiting for them to manifest.

I loved this idea.  She goes on to talk about looking at last year’s list on New Year’s Eve and seeing what she’s manifested.  This fits in nicely with the “Thoughts become things!  Choose the good ones!” motto of Notes From The Universe (which I get daily in my inbox).  I’m a big believer in the idea that you get back more of what you put out into the world.  So I love the idea of really focusing on manifesting positive things in your life (particularly when we are often surrounded by a lot of toxic, negative people and things that we can’t get rid of).  It feels like a great way to balance.

So that’s on my do list for today.  A list of the things I am grateful for from 2015 and a list of the things I want from the Universe.  Maybe I’ll finally put one of those zillions of blank books I have to work for a daily gratitude practice this year (and I love that one of my BFFs totally knew to get me two…a pretty one and an ugly one I’m not afraid to write in–because she totally gets me).  The gratitude practice is something I’ve tried the last couple of years in various guises.  I’m still looking for the right format.  It’s not something I do well in digital, as it happens.  So we’ll try old school this year!

Best of luck to everyone for a fantastic and fabulous 2016!

2 thoughts on “Manifesting the Positive in 2016”