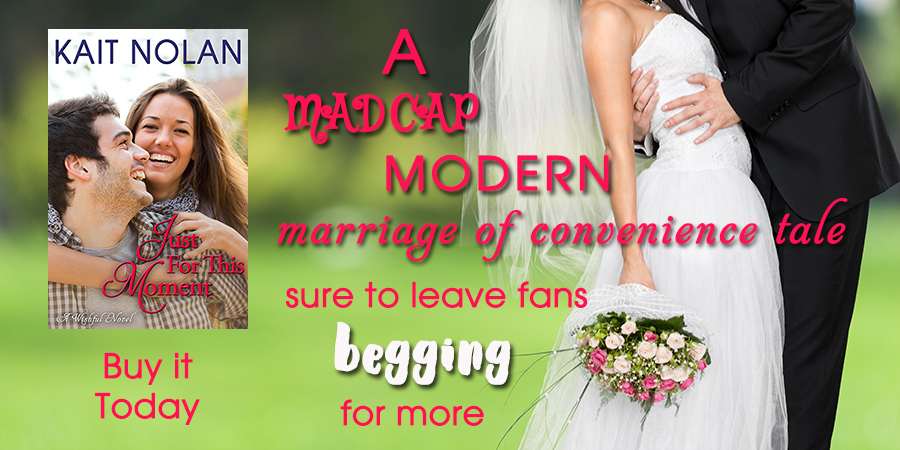 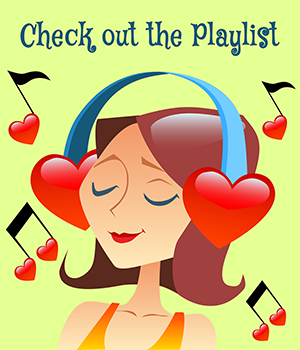 It is HERE, y’all!  Just For This Moment, the exciting conclusion to Myles and Piper’s story (begun in Once Upon A Setup) and the fourth book in my Wishful series.  OMG, I love these two so, so much.  Myles is my favorite Wishful hero to date (I know I say that with every one but still).  I’ve always been a huge fan of the marriage of convenience trope in romance, and this was my own play on the hilarity associated with that.  I hope you love it as much as I do.  You can grab your copy from Amazon, Barnes and Noble, iBooks, Kobo, Smashwords, or add it on Goodreads.  You can also check out my Spotify playlist for the book.

A madcap modern marriage of convenience tale sure to leave fans begging for more
Maybe there hasn’t been actual blood, other than a few paper cuts, but Myles has put plenty of sweat into his independent, local newspaper, and he’s even willing to admit to a few manly tears. Certainly, the paper has been his mistress since he moved to the small town of Wishful, Mississippi, and he doesn’t feel it’s hyperbolic in the least to say it owns a piece of his soul. He’s building his dream, independent of the life laid out for him by his family, and that means everything. There’s nothing he wouldn’t do to ensure its success.
Piper fell hard for Myles when they co-stared in the production of White Christmas that saved Wishful’s historic Madrigal Theater. Not in love, she’s careful to remind herself, but into very serious like, and certainly outrageous, chemistry-fueled attraction. But Piper knows that the bright lights of the stage can wreak havoc with perspective. She’s been burnt by them before, when an on-stage passion fizzled into disappointment and heartache. That’s why she put on the brakes with Myles, and she admits to herself that the fact that he played by her rules and waited only adds to his appeal.
When Myles tells her that a major investor is pulling out of the paper, leaving him with a huge loan to repay or lose his control over what he’s built, Piper is devastated for him. But when he jokingly admits that the best option he’s come up with is to marry a showgirl to gain access to a trust fund, well, that just sounds like a plan to Piper. After all, why not take this great guy on marriage test drive?  He’s worth having just for this moment, however long it lasts.  But as their fake marriage turns alarmingly real, they’ll have to decide if they’re in it for the moment or forever.
Welcome to Wishful, Mississippi, a small town with big hearts, where folks come together to make their dreams come true. We first met Myles and Piper when they auditioned for White Christmas in BE CAREFUL, IT’S MY HEART, when another of Piper’s zany schemes helped bring her friends Tyler and Brody together. We followed their story in ONCE UPON A SETUP, a Wishful Meet-Cute Romance, which tells the story behind Piper’s cooling off period. But if you haven’t read either of those, don’t worry about jumping in here. Every Wishful story can stand on its own, just like the sassy women of this charming, southern town.

Not bringing her own car was a serious mistake.  Piper realized that just about the time the groom’s handsy Uncle Eddie tried to get acquainted with her ass.  For the second time.  Despite the lack of alcohol being provided at the reception, he’d snuck in a flask and was sufficiently drunk that the sharp heel she jabbed “accidentally” on his foot didn’t even make him flinch.  One of Richard’s brothers noticed and hauled Eddie off before Piper had to get more forceful.

She’d hoped, desperately, that the reception would wind down early and the bride and groom would do the whole bouquet toss and be eager to get on with the honeymoon.  Instead, they seemed intent on dancing the night away in a last ditch opportunity to party with all their closest friends.  At least most of her duties as bridesmaid had been discharged.  Short of post-reception clean up, she was free to enjoy herself.  What a crock.  Between dodging her relatives and friends of the family who seemed intent on asking every possible inappropriate question, from her relationship status to the state of her eggs—not in need of being cryogenically frozen, thank you very much—and trying to keep away from Uncle Eddie and others like him, she was bored out of her mind and desperate to escape.  If the Spring House hadn’t been a full ten miles from town proper, she’d have considered walking.

Ducking behind a ficus tree, she glanced around to make sure nobody was looking before tugging her phone out of the bodice of her dress.  Not exactly the ideal place to carry it, but it wasn’t as if these bilious monstrosities had pockets.  Still no text back from Myles.  Damn.  She’d been hoping he’d entertain her a little.

Two strong hands slid over her hips from behind.

Before Piper could jam her elbow back into Eddie’s gut, a voice whispered in her ear, “What’s a pretty thing like you doing in a dress like this?”

Her heart began to thud with excitement.  “Does a line like that usually work for you?”

“Isn’t that how it’s supposed to work at wedding receptions?  You come crash hoping to get a bridesmaid out of her dress?”

“You wouldn’t have to work too hard to talk me out of this one.  But I demand pajamas as a replacement.”

“That can be arranged.”  Myles pressed a kiss on the exposed skin of her nape.

Piper shivered and turned to face him, hating it when his hands fell away.  “What are you doing here?”

“You asked for a rescue.  I’m at your service, milady.”  He sketched a courtly bow, his mop of dark hair flopping into his eyes.  Had he even had a cut since the show?

“I figured you were ready to get out of here.  But if you want to make out in the coat closet, I’m good with that, too.  I passed it on the way in.  As I recall, you have a fondness for small, enclosed spaces.”

“I did not drag you into that prop closet to make out,” she reminded him.

She bit her lip, wondering if she’d even be missed and calculating exactly how much hell she’d catch if she was.

“I’ve got a surprise for you back at my place,” he coaxed.

“Is that a euphemism?”

His laughter skated over her skin.  God she’d missed the sound of it these last three months.  “Only if you want it to be.  But I can promise you quiet and jammies and stove-top popcorn if you don’t. Or we can go out, if you’d rather.  But I figured you’d had enough of people tonight.”

He was right.  The whole scenario sounded like heaven.